I don't know about you, but I love those old phrases that our grandparents used to throw out and around, at any given time.

But to my shock (and Nana's horror) some of these phrases don't mean what we thought they did.

Here's some that are (were) some of our favorites:

Blood is thicker than water.

We thought it meant - family first, but the actual phrase is:

The blood of the covenant, is thicker than the water of the womb.

Nothing to do with bloody family ties at all.

Anything that can go wrong, will go wrong.

This was a phrase coined by Edward A. Murphy, the aerospace engineer. George E. Nichols claimed that Murphy said, “If that guy has any way of making a mistake, he will.”

No rest for the wicked.

This phrase is often mis-used as a busy persons excuse for staying up late, or a person working too hard and/or partying too much.  But that's not true.  It is a misquote from the Bible. Isaiah 15:21 reads: “There is no peace, saith my God, to the wicked.”

It’s about finding peace in God, not having no time for a nap.

I don't know about you, but I thought that was a famous Marilyn Monroe quote about her and the Kennedy men.

It was actually a quote from Laurel Thatcher Ulrich, who teaches on Women, and American History at Harvard.

Oooooohhhh that's a nifty phrase but wait...the other half of that sentence is:

I think we both get the gist.

There's a sucker born every minute.

This quote was attributed to PT Barnum as a cycnism about his own work - Phineas Taylor Barnum (born: July 5, 1810 – April 7, 1891) was an American showman, politician, and businessman, remembered for promoting celebrated hoaxes and for founding the Barnum & Bailey Circus (1871–2017).

It was said by one of his contemporaries about his work.  A little bit of sour grapes, eh?

The only two certainities in life are death and taxes.

Which I swore was spoken by Mark Twain (Real name Samuel Langhorne Clemens, and known as the Father of American Literature - Born: 30th November, 1835 and Died: 21 April, 1910).

It was written in 1716, by Christoper Bullock who claimed, “Tis impossible to be sure of anything but Death and Taxes."

The end justifies the means.

I thought it meant, Do anything as long as the end result is fine.

It actually dates back to Ovid’s Heroides, which was composed in 10 BCE. Machiavelli himself said, “One must consider the final result.”

Rome wasn't built in a day.

Which I always thought meant, Everything good takes time.

The second half of that quote is: ....but it burned in one.

Money is the root of all evil.

Which translates to: The root is fine but when watered by greed can cause many forms of evil.

So go forth and get rich, baby, skinny dipping in the pale moonlight, on this Summers night, in this water of abundance. 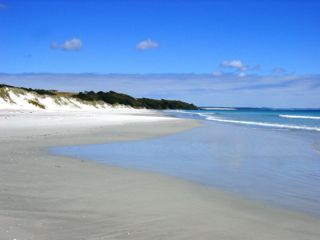