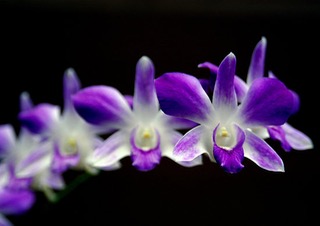 It should be illegal for anyone who doesn't know farming, animals or renovation/fencing stuff, to work in either a farm or fence store.

I mean seriously, I went in today and asked the person behind the counter for, Those plastic loopy type things that go in the metal stakes in the ground.

Seriously, how I don't lose my shite more often is beyond me.

But....I did re-do my fence in the paddock around the open drain.  It wasn't looking too strong and I replaced pig tail posts with waratahs and correct loopy things.  Well, not really, as they were for fine tape, however, I did have some of that fine tape, because of previous mistake.  So it all worked out in the end.

It did take me 10 x longer to do it though because I wasn't really sure how, so just put waratahs in, not realizing that there was a front and back.

However, they did fit in as I wished in the end, and I have done an excellent job.

Even the horses were impressed.

I might put some flappy bits on tomorrow though, as you can't really see the thin tape like you can the big wide tape, but even if I don't, it will still be hard to fall in.  In fact, it would be almost impossible.

That, however, is not a dare.

So I popped myself down and got some flags today to hang on the fence around the drain.  It does, if I do say so myself, look pretty damn awesome.

I'm super proud of myself.

If horses find themselves in drain, then hand on hoof, they jumped in.

Then I had a guy come round to quote on mowing paddocks.  Mowing wasn't my first choice, however, with Fenny and Flash gone, the weather both raining and then lovely sunshine, the paddock grass has just taken off.  I am supposed to be getting a couple of little cows, but they won't eat the grass that I have because there is so much, and I'm worried that Boo-ba-licious is going to terrorize these ones too.  And they'll be little.

So the guy was supposed to come yesterday afternoon, then text to say this morning, then turned up an hour late.  I'm trying to work with country times and not stress but hell, are your fingers broken?  Bloody text me.

Anyway, nice enough when he turned up.

Then quoted me $750 and told me it would take him a minimum of 5 hours!

That didn't feel right so I said I would think about it, then scooted down to my friend and had a chat.  Which went like this?

Is he using a push one?

Don't you want to come along and quote?  What if it's a big job and takes a long time.

But you know, I'm seeing people do this a lot at the moment.  I don't know why, people are what they are, eh?

And we're still on the same day...

So I'm just about to feed out and Hello! I notice the bungy fence that goes by the gate is down, and everyone is standing round as if this is normal.  Which it isn't.  So just as I'm standing there, checking it out, all the loopy wires hanging out everywhere, Boo-ba-licious stands on it and moves back.  With his hoof caught.

And nobody is taking any notice.

The horses are just pretending they can't see him.

The wire bungy is now stretched almost fully back, then Boo-ba-licious somehow gets his hoof free and the wire bungy whooshes back towards me, missing both Mumma and Cappy and then just kind of stops.

How the fuck no one got hurt by that stupid flying wire bungy is beyond me, but no one did.

Back down the road to pick up new bungy fence.

Ok, so I need to share this because it's super funny...

But wait....when we had talked about him getting to me, because he wasn't in my area he said, No problem!  I'm coming out that way anyway, I'll do two jobs together.

This has translated to:

Years ago I got given a book of poetry, can't remember the guys name now who wrote it, and the book is long gone, but in one poem he said:

If I didn't see dollar signs in your eyes,

Or you had three breasts and two c**nts

Maybe you would be more interesting.

I feel you, brother.

And Coyote is still alive.  Definitely has a problem with one leg, but he refuses to give up and die.  He's super weird, there's quite obviously something very different about him, but I swear, hand on hoof, his absolute refusal to just crawl away and die is mind blowing. I bloody love him.

And when he can, he just sits there and chats away to me.

Ooooooohhhhh...Karaka over the next few days.

Now this is going to be interesting, because I absolutely have to see Boo's brothers and sisters.  I have to see them walk, but what I really need is to touch them.

And that, my friend, is going to be one mother ass of a problem.

Because everyone knows I have Boo, they also know Boo is good. This is nice, but is not what the problem is.

The issue is, I need to Touch these horses.  Yes, I can tell by Energy, by the way they walk and talk and move, but how I really know is Touch.

It is through Touch that I can see where their strengths and weaknesses lie.

But now everyone knows that I make my own babies, so I'm going to need a bloody miracle to get what I need.

What a fantastic day today!

Went to sales to get some cows, had them, left to go to baby races next door, went back, no cows.  Went to Karaka.

And here I was worried that I wasn't going to be able to touch my babes, and it was a walk in the park.  Touched 4 out of 5 of Boo-ba-licious's brothers and sisters, will see the other one tomorrow, and saw another 5 as well.

There was literally no one else there apart from a couple of Trainers who were doing their own thing, so I was really lucky and got to work my magick.

It's always great to Touch, especially young ones, because I have to be so much on my game.

They were all stunning horses, and it was awesome to be in the zone with so many little new ones.  All of them so different, so vibrant in their own way, and so willing to talk.

I wish their owners the very best.  I also thank you, that you allowed me to do what I do.  I am truly grateful.

Karaka again tomorrow for the Parade.

It was a full on Energy day at Karaka today.  Very compressed, yet highly intense in it's Energy - I think because the ratio of peeps to horses was so high.  I also didn't get to Touch today, and that changes everything for me.

However, I'm so pleased I went.  This morning before I left, I took a photo of Boo-ba-licious and then at Karaka, I took photo's of his brothers and sisters.  All the photo's are up on my Instagram page.  This is not for vanity, but because this is the first time for me, and I trying to make my jigsaw smarter, clearer, and more put together.

And let's me just say, I give huge respect to anyone who raises a foal from conception, it's not for the faint hearted.

I know for me (in hindsight), that Belle gave me a false sense of security, and if I had had Boo-ba-licious first, I wouldn't have had the courage to do it myself here at home.

The funny thing is, that looking back over the past few weeks, Spirit have been working really hard with me, and I didn't even know.

A couple of times I've put things on Facebook, which as you know is rare, and at the time I did think it was a bit odd, but I just thought that it was weird Spirit Energy, so got on with it, and didn't think too much about it.

But today I realized Spirit had been doing a re-set again.

But not for me, for you.

I'm a Reader.  I've been a Reader for so long, I don't even know how to not Read now. I do it like breathing.

And I'm always trying new shite.  If I see an article or hear of something, guaranteed I'll be in my kitchen playing round with what I've heard.  Then trying every other different way I can think of, in case there's a better way.

And I'll always be the girl that has purple hair.

And I love my Ta Moko.  It grounds me.  It speaks of what is important to me, and how I live my life.

It is a constant reminder of how much love I have in my life, my Ancestors and where I come from, and the Spirit that walk with me on my path.

I forget my ways though, because they're so ingrained.  For me, the way I am is like the sun rising every morning.

But you need to remember this, before you step forward.

Day 3 at Karaka was awesome.

The Energy was loud for me last night and tonight, writing this it's out the door.  So there's no tv on, radio going or music playing.  Just the fire going, and even the flames are a bit loud.

But....horses were cool, and it was a fantastic day.

It was good to catch up with people though, there were lots of laughs, and I had a few chats about American Stallions.  Some very nasty money figures came up...ones that made my eyes water.  However, it was all information, lots of fun talking, and I'll start with the very basics soon and just let Spirit guide our way.

But now that I've heard it might be a bit challenging, I want it more.

I don't know whether that is a Cancerian thing or a Tania thing.  Either way, I have tingly hands.

It's been super cool in a lot of respects.  I have watched Spirit work and in places I have gone, Whooooooo.....

Actually, a lot of this week, I have watched the results of what I have done over the last year, six months, past month and it's been interesting.

You've heard me say more than once, sometimes me being right is not the success you would hope for, and I still stand by that.

But at other times, Spirit have taken my breath away.

Caps, me, Spirit, Az, Ralph, Chew, Suz, and of course, my beautiful Mumma Bear, Belle and Little Boo, Pat, Chuck and Lightning, Humprey, Coyote and One.