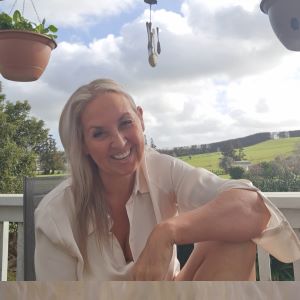 It has taken me 6 fails, 2x arguments, 1x lie, to be fair...no, I really can't go back to the shop for another year and when I do I better have a 12 year old boy in tow, 1x new machine, extra money to pay for new machine, 1x omission, 1x mis-truth, new flour x3, new yeast x2, 1x new set of measuring cups, 1x measuring spoons, 1x toaster (mine blew up 10 months ago and I never replaced it) and 5 different women, in 3 different places, making snide comments about real women who bake actual bread, to get one (1) home-made, Rosemary Bread Maker Loaf that would have cost me $4.60 at Bakers Delight. 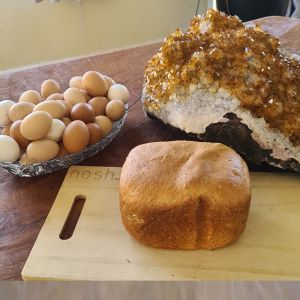 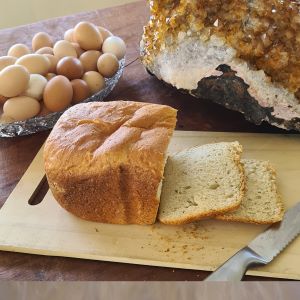 But the funny thing is, I would do it all again in a heartbeat.

The loaf was unbelievably light, tasty and super delicious.

If you don't count getting to the easy.

A couple of things surprised me, but wait, let me tell you why I decided to go the Bread maker route to start with.

Soy flour is starting to sneak into all our breads, yet it shouldn't be, as it is a well-known and Scientifically proven, hormone disrupter.

So I refuse to eat it.

But now that Soy is starting to move into our bread, even the good-guy companies, I had to start looking at other options, which if I'm being honest, were a bit limited.

Actually, they came down to one.

Make my damn own.

But I don't have time to muck around, hence the Bread maker.

So I bought a top of the line Bread maker (on special).

Because the bloody thing didn't work.  For love nor money, I couldn't get the bread to, well, bread.

Then I tried to buy Bread Making for Dummies which is where the judgey women came in.

After the sixth (6th) fail, I packed the bloody Bread maker up, popped it into the car, then went back to the shop and swapped it for the model down.

That one that rocks.

That's where one lie, an untruth, one slightly optimistic omission (The Rapid Bake feature doesn't work because you live in New Zealand), banned-not-banned, one 12 year old son (I know, I'm definitely getting a slap from Spirit on that one) and extra money (yes, but it's not on special today) came in.

And then everything literally fell into place.

After reading these particular instructions  (which were different to the original instructions) I realized I had been putting the ingredients in backwards, I was using the wrong flour and had been using the wrong countries measurements, but anyway, we're away laughing now.

The bread is easy as to make, no fuss, no mess and it is sooooooooooooo much better than you can buy.

No judgement here, babes, we write our own damn rules.

Blue Cheese, Honey and Sage Loaf with tomatoes and avocado. 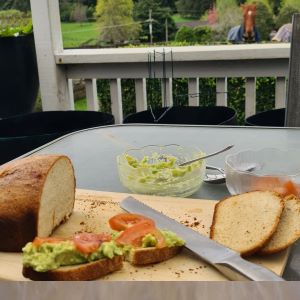