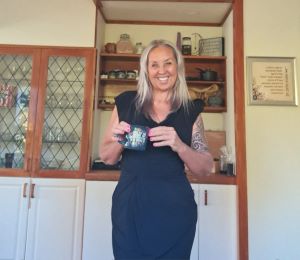 So I want to talk about Matariki today.

First off, I really love stars, so that's a win from me, and I also love new beginnings, which Matariki is.

In fact, Matariki Is The Maori Name For A Cluster Of Stars, That Heralds The Start Of The New Year.

But here, and if you are of the sensitive variety I suggest you stop reading right now, is where I have the issue.

How come Matariki has been deemed to be a Three-Day-Weekend, every year until, well, forever?

Now before you go throwing the word Racist round, I'm not.

I celebrate your freedom to be whoever you are, and however you chose to live your life.

I also don't judge people on their skin colour, sexuality, financial or social status or any other form of judgement that you could possibly think of.

But this whole New Year thing has been bugging me.

We do not celebrate Chinese New Year.

We also do not celebrate Diwali (the Indian New Year), nor do we celebrate Takai.

Takai (if you are interested) is a traditional holiday in Niue, on January 2.

Niue, in case you don't know, is situated in the South Pacific between Tonga, Samoa and the Cook Islands.

Niue is also, if you are of the getting knowledge type, is self-governing but in 'free association' with New Zealand.

We pass on that.

We also do not celebrate, or even acknowledge, The Hijri New Year or Nowruz (Iranian New Year)

But anyway, my question to you today is this:

We, as New Zealanders, are a multi-cultured country.  We embrace our community, while celebrating our differences.

And you know this, because you cannot walk down any street, in any suburb, in any city of New Zealand and only see Europeans.

This fact, although seemingly small and insignificant, is actually extremely important though, because as of June 2022, we actually officially have more Asians living and working in New Zealand, than we do Maori's.

We as New Zealander's, pride outselves on celebrating diversity.

But, and this here is where things get tricky, Doesn't diversity mean everyone?