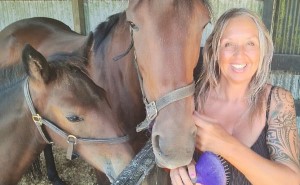 And I don't know why it upsets me so much, because it's not my money, is not going to be my money, and is not money owed to me.

So you know, I should care less.

I actually take it as a personal insult, that a man somewhere overseas is playing peeps that have come into my orbit, and getting money from them.

And the worst part is, that is only money from the past 2 weeks.

These men, and I use that word very, very loosely, are pissing in the money.

And it's all cash.

Partly, I blame you kiwi guys.  Your game sucks when it comes to these guys.

These guys do phone calls, texts and are extremely complimentary.

Kiwi guys think a compliment is a side dish that comes with meat.  Find it hard to be emotionally open, and are so tight with their money you could confuse them with a duck's ass.

And even whispering the C word has them running for the hills.

So I understand how the Nigerians are getting in.

But it's like a game of cat and mouse we're playing.

I'm doing a sneaky, back, side, run forward, shadow move.

But as much as I hate to say this, these men are intelligent.  They sound gorgeous on the phone and their game, well, as I've said, it's good.

But there's really nothing I can say today which is going to stop this happening.

Because by the time I'm in the picture, they've had 3 months head start on me.  Sometimes more.

But it's not all doom and gloom, babe.