So there I was the other day, minding my own business, and then out of the blue, I decided I wanted Coconut Ice.

Now this was a bit weird on multiple layers - the main one being I don't really eat it.  Well, when I say, don't really I mean, never.  It's just not my thing.

But you know what it's like when something gets stuck in your head, it starts taking on larger than life dimensions and before I knew it, there I was Google-ing How to... recipes.

And it works out that this is quite possibly the easiest recipe in the Universe.

No cooking, boiling or stirring with a wooden stick on a hot stove...no, no....5 ingredients, 1 bowl.

Now before I go any further, I need to say here, that I am quite a fantastic baker.  I live with the philosophy that food either feeds the body or nurtures the soul.

So I can bake, hunny.

This theory can make it a bit painful taking me out for brunch or dinner though, because I have a bad habit of not eating substandard food and either sending it back or asking for my (or your) money back.

But apart from that little quirk, and to be fair, that's not the worst thing in the Universe, eating with me is a decadent pleasure.

However, I also have to say I can be a bit of a Mother in the kitchen.  If I can't get a recipe right, I will bake it and bake it and bake it, twisting, tweaking and generally mucking round with the recipe until I get it right.  To the standard I wish it to be.

But anyway, 5 ingredients, 1 bowl, tip all ingredients into bowl, damn, I could have done it in my sleep.

Actually, I could have done it in your sleep it was that easy.

Put all ingredients in bowl, sitr, separate into two piles, put one in a layer on dish, add food colouring to the second part, then put on top of first.  Refridgerate.

So imagine my horror when five hours later it was still a gooey-ish, non-set mess.

This texture was like almost-set-concrete with hard, very unplesant parts in it.  And the colour was revolting.  It looked like something the cat had vomited up after having diarrhea.

And it tasted worst that it looked.

How was I getting it so wrong?

I spoke to Nana, who ususally is a fountain of knowledge, but her sage wisdom consisted of, I never made it for my kids...

Went back to the recipes again.

They all had similar ingredients but the amounts were all different, some cooked, some boiled, some had milk, some had coconut essence added (WTF - why would you even do that?) actually, now I'm writing this, they weren't the same at all.

Anyhou, moving right along, so I did my normal trick of working backwards.

Had I heard of someone cooking Coconut Ice?

Had I heard of butter or milk being added?

What was the problem(s) with my original ones?

Too wet, too tasteless, not the right taste, texture or smell.

And from that, I got the perfect recipe.

I took what I thought I liked out of every one, changed amounts, added one teensy, tiny ingredient and Hello! I swear, hand on heart, the result was both the easiest and most delicous Coconut Ice in the Universe.

Go, me - and naturally my Kitchen Spirit, who kept standing there saying, Really...

1 can of sweetened condensed milk

3 1/2 cups of desiccated coconut - do not use shredded.

¼ teaspoon of Cream of Tartar - ooooh you need this because it gives the ice that beautiful dry texture.

2 drops of Rose pink food colouring - do not, I repeat Do Not go overboard and think more is better.  Trust me, less is more.

3) Put some into pan and cover the whole pan bottom.

4) Add rose colouring into the rest of mixture then put on top of white.

5) Put in fridge until set. 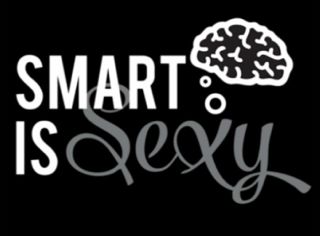 I'm glad he's dead.  You were on the same road last night, he could of killed you.