You know, overall, I don't suffer from Road Rage.

I mean, I know a lot of people do, but I've never classed myself in that group. Instead, I sit firmly and happily, in the uber calm side of the car.

With a seatbelt on.

But it got proved me to this afternoon, that not all peeps enjoy the same vibe.

I pulled out of my driveway, now before I go any further, think of a straight road that suddenly swerves hard to the right.  Like a reversed L. 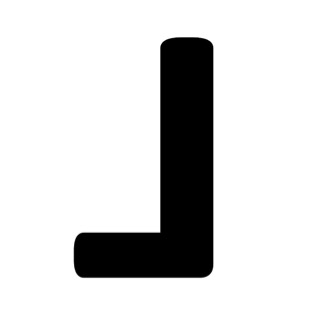 Well, I live right at the swervy bit.

Anyhou, moving right along, I scan for horses as I go down my driveway. Actually, I should mention here that we have a super long drive.  Easily 200 metres and possibly 3.  But because of the layout I can see either side, and directly onto the road.

So as I meander down the drive, I'm on the look-out for lost lambiekins, rogue horses, feral baby goats, fat, juicy little Kune Kune's looking to be best friends with some apple sauce, suicidal chickens and/or children.

Which made it very weird, that as I turned around to check if I had missed any horses, after pulling out of my driveway, I saw a teensy, little car following closely behind me.

In fact, it was so close I could have reached out and touched it.

That's a bit odd. I thought, and sped up.

Car sped up too.

Continued up the road, round the corner, up the road...with the little car that could, still following.  It was having a few issues keeping up on the steep bits but overall, doing a mighty fine effort.

I pulled into the gas station.

The little car that could, pulled in behind my truck.

Then a big, and I mean, BIG man untucked himself and got out of the car.

And started walking over as if he knew me.

Then spoke to me as if he didn't.

What the f**k do you think you were just doing?  Where the f**k did you get your license from?  Nutjobs like you, shouldn't be allowed on the road!  F**king useless b*tch!

I looked round to see if he was talking to someone behind me.

No.  It was definitely me.

I opened my mouth to answer, then thinking better of it, shut it.

Then he starts waving his hands around, screaming some very, very bad words, going red in the face and almost hyper-ventilating.

I turned around and started walking into the petrol station.

He follows me too.

This, as you can understand, was very bad form.

Especially since the petrol station was very full.  But he is still going strong, and now he's waving his whole body round like a jellified Michellin man yelling, I've got your f**king number!!

People are starting to stare, and I'm starting to panic that it's looking like a Tinder date gone wrong.

Stay silent and pretend I don't know him, which I didn't or...

I turned around and looked him in the eye, You do not speak to me like that.

I would then like to say that I said, So what are you going to do with that number now?

I checked for horses, there were none.  No lambs, goats, Kune Kunes, chickens or kids.  Nope, not one to be seen.  I don't know where you came from, but I do know how long you sat on my ass for.  And that wasn't polite. I'm sorry that you've had a bad day though, or a bad moment or a bad start to your year, but you can't take your temper out on me.  I'm not the cause of your trouble, and you won't yell at me like that.

I would like to say those words were the words I spoke, but they weren't.

I politely, and very calmly said, well, we both know what I said.

Don't lie down for anyone, baby.

ps: He just glared at me, then turned around and walked away.