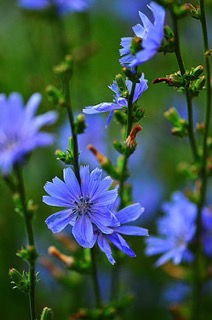 It was all fun and games while she was making the decisions, but when she had to pay the piper, she found herself a day late and a dollar short.

Chris Hipkins is our new PM and Carmel Sepuloni is the new Deputy.

New taxes have to come in, so I'm swinging towards an increase in GST and/or a Wealth Tax.

I am hoping that I'm wrong, because both of those will exponentially upset the economy and it is too shakey already to sustain these changes.

On a positive note, the farmers may possibly come out of this ok.

And historically speaking, it is the farmers who have always pulled us out of a recession.

You know, the recession that we're not having.

Even though  the cost of living is the highest it has been in 32 years.

Eggs are almost non-existent on the shelves.

And peoples mortgages have gone up exponentially.

Some people are now paying over $2000 per month extra, on their mortgage.

That is non-sustainable long-term.

Anyway, taxes and whinging aside, the farmers have my vote.

Everyone was super pleased to see her and behaved extremely well.

We lost every one of our baby chickies.

We are now on Operation Pukeho.

This loosely translates to killing every fucker, and then putting their dead ass up on the fence, to show the other pukeho's that we are not the peeps that just sit back when you snatch and grab our babies.

I'm also trying to organise a rabbit hutch for new chickie babies (fingers crossed anyone at home ever wishes to have any more).

It didn't take long for it to be said that Jacinda resigned because everyone was mean to her.

So let's have a little tutu about this:

1) If I'm being honest, we started losing faith in Jacinda when the Mosque shooting happened and she wore the hajib for all New Zealand women.

Maybe, being a man, it wasn't a big deal for you.

But for a woman, it was a huge fucking deal and a lot of  New Zealand women had an issue with that.

I personally do not believe in the hajib, because it does not empower women.

I am not racist though, nor do I wish harm on any religion.

But no one wears a hajib on my behalf.

There were a lot of other women who also thought like me.

2) I understand that Covid caused issues.

However, 2600 businesses went bankrupt during the lockdowns.

KFC and McDonalds were allowed to open, yet my local butchers were banned from opening.

They then had to either work illegally, go bankrupt, or like our beautiful young butcher with a wife and 3 young children, he committed suicide.

During the Covid period:

1) The lockdowns weren't "Immediate and unknownst before".

If that was true, then how come some school children were told to take all their work home and be prepared to work from home?

Due to leaks in Government and the Military, the "Conspiracy Theorists" knew, and it was all over Social Media days, often weeks, before we were locked down.

2) And what about the lockdowns, baby?

When you said, The New Zealand Government is your only source of information.

When you said, Vaccines will not be mandatory.

Then made them mandatory.

Thousands of people lost their jobs including nurses, doctors, ambulance peeps, police, pilots, teachers and every day people who were just trying to look after their family.

These people lost their jobs and homes.

Then you encouraged their family to snub them.

Some families will never recover from that.

You encouraged Media Personalities to go on tv and say that the unvaxxed not only shouldn't be allowed at your table to eat with you, but don't let them on your property.

So people listened. And did just that.

Then you banned the un-vaxed from every place that was possible apart from hospitals, supermarkets and gas stations.

They were banned from the track (which was a demon thing to do!) and even a woman's basic right to have a haircut and/or colour.

What about the protests when normal, average, everyday people came together to protest the vaccine mandate?

You wouldn't even speak to them.

Covid deaths were put down as a Covid death, if you had had tested positive within one month of dying, No matter what you had died of.

Do you remember that 40 year old man who got shot in the back by police and died?

Put down as a Covid death.

3) People took reactions to the Vaccine.

You said, These risks are small when compared to getting Covid and dying.

4) The gangs have been given millions.

Do you remember them being given 4 million to get them off meth, when it is the bloody gangs who are making the meth to sell?

5) Maoris have been given millions.

6) Domestic Violence rates are exponentially up.

7) Mental Heath and suicide rates are exponentially up.

8) Sexual harm/abuse is exponentially up.

9) The rules that have come in re farmers have been so bad they protested.

Have you ever known farmers to stop farming to protest?

10) We have the highest child poverty rates that we have had in decades.

11) Our homeless is out of control and Rotorua now has some very slum like qualities.

14) Our petrol/diesel prices have exponentially increased.

So much that diesel has actually more than doubled PLUS we have still have Road User Charges on top of that.

I'm sure there is other stuff, but you know, this is just off the top of my head.

This isn't about you being a female Jacinda Ardern, this is about your choices.

...and the repercussions of those choices.

So I get up this morning and see a cow where no cow should be.

In the mini paddock.

So off I go thinking I had a fence to fix.

Mikey was just there by herself, with the mini's, happily chomping on the long grass.

No, seriously, Chew will be behind this.

And I'm pretty sure the conversation went like this:

Chew: Hey Mikey, looking a bit light over there...

Mikey: It is!  I'm not starving, but I could definitely do with some long, luscious grass.

Chew: It's a bit of a bugger on this side.  The grass is very long here.  Have you spoken to Tarns yet?

Chew: Hmmmmmm...she might be open.  Shame you're not a horse, you could just pop yourself over the fence.

Never mind, I'm sure Tarns will be ok about you moving in the next few days, possibly a week....

And that's the story of how Mikey jumped the damn fence.

Note to self:Do not, I repeat, DO NOT, Oh-For-The-Love-Of-Spirit-Who-Will-Slap-Me-From-Here-To-Antartica-And-For-My-Personal-Emotional-Spiritual-And-Intimate-Well-Being, date the human Chew.

Also note to self: I bloody love Chew.

Marmite is wandering around looking for her babies.

And for no reason whatsoever, apart from the chickens are also now pissed, they're attacking the pukeho's.

A lot of the time they win.

In fact, Rose is a bloody legend.

Rose is one of my smaller chickens (the red one) and all of a sudden she starts running, then takes a giant leap into this group of 3 or 4 pukeho's, and then it's all on.

Squawking and feathers flying all round the place...and a very satisfied Rose eventually comes out, looking extremely pleased with herself.

Oh wait...Boo-ba-licious taken yesterday while he was having his chiropratic work and massage done.

If you look really closely you can just see the top of Anna's head on the right. 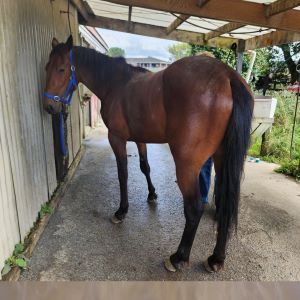 * There have been 11 deaths in water incidents in the last 5 days.

Some of these passings are due to rips and unsafe behaviours like Piha, which is not for people who are inexperienced.

However, beaches like where one man died, at Big Manly, there shouldn't have been an issue.

People are exposed to a moderate to high risk of infection from contact with the water. The beach's water quality is considered unsuitable for swimming.

But Big Manly is a super safe beach as stated on their website, and it is extremely difficult for a grown man to just up and drown.

One of the best beaches in the Auckland region. The beach is approximately one kilometre from end to end and is very sheltered from all winds except for strong north easterlies.

No matter what the tide, the beach is sandy all the way to the water's edge, with very little rocks or obstacles.

Died 44 days from the day of diagnosis.

Also had a Cancer diagnosis, but was healthy and coping well. 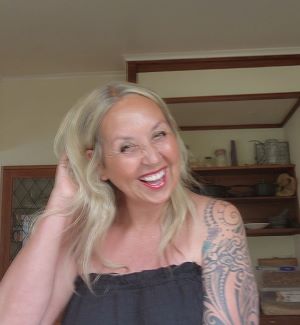