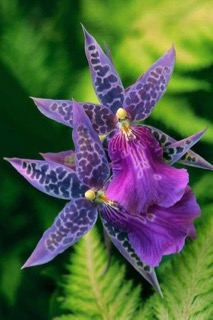 It has just taken me 20 seconds to put $50 worth of diesel in my truck.

So baby Will that needs a heart operation, and the parents who won't allow blood from the vaccinated, there's been another bit of information,

Grey said Government and the New Zealand Blood Service, "Are not prepared to make available services that they can offer, and do offer, in other situations.  They are not making these services available for this baby."

I understand and empathize with the parents, but ultimately, I am for the health and well-being of baby Will.

Who, if everyone doesn't get their shite together, is going to die.

So, big horses like their new food, and to be fair, it is a far better quality than what I had been using (apart from my added stuff which is, naturally, fantastic quality).  So they're all happy.

Az, Chew, Ralphy poo and Suz are still regulating to their food vs sugar hooves.  That's a work in progress.

However, I am syringing in an oil to their mouths, twice a day and already Day 2, an improvement.

But already, Chew's hooves have noticeably grown.  In fact, it is almost impossible to tell he was done last week.  I'll have to get our Farrier out again next week.

I did notice tonight though, that the horses were more open to being syringed.

But then again, the hooves are not quite as sugary.  Sugary, mind.  Just slightly less.

And OMFG have you seen Take your pills: Xanax on Neflix.

All about Anti-anxiety and Depression medication and how if you are over 50 and been on them for years, it's almost impossible to come off.

That the withdrawls, no matter what age you are, are insane.

Also, that they are now linking Anti-anxiety and Depression medication to Alzheimers and Dementia.

I told you this 20 fucking years ago.

And I have been consistently banging on about this, on a regular basis, ever since.

No-one believed me and my girls.  But we were talking about it as we were seeing it happen.

We were all out there banging on, Don't take the fucking pills...

Do anything else, just don't do that.

And people would say to us, You're not a Doctor, what do you know?

And we couldn't say that we knew what was happening, because we were physically seeing it with our clients.

And what we're seeing these days is Alzheimers and Dementia caused by other things.

It's not just a Genetic disease we are dealing with anymore.

However, the Doctors and ACC will tell you this is a physical impossibility.

It is only genetic, but it's not and we see it, and have seen it, multiple times now.

You know, I really miss the Old Readers some days.

They had passion and fight, they played hard, they were so much larger, and bigger and full of life.

Readers these days are so fucking small.

Too maybe this will happen or maybe that might happen and so fucking damn PC.

It's all about the money now, they've got no damn Soul.

And they have no idea how to fight.

Ran into a bit of an issue with my hair because I used the wrong Neem oil.

Normally I use Neem Essential Oil and it works really well.

I used another form of Neem Oil, then left it in overnight and it is 48 hours later and the oil is still in my bloody hair.

On a positive note, I'm loving that I am watching my hair rebalance and rejuvenate.

My hair is longer and the colour is leaving.

I don't know why or how, but I'm just running with that.

So the Doctor who sent 600 unsolicited texts re Don't have the vaccine... to his patients,

The text message, sent on August 19, read: “Hi [name], your GP here. I cannot in conscience support Covid vaccination of, particularly, children, and pregnant and fertile women, from my assessment of current risks and benefits.”

Might I just say that it has already been proved that miscarriages exponentially increased, as did stillbirths, and we won't know for a few years re what happened to the DNA of babies vaccinated in the womb.

Also, as you know, heart issues have sky rocketed and Sudden Death Syndrome for Young Adults, particularly in the age range of early to late twenties, is scary in it's numbers.

The Doctor has been told to, Apologize for spreading mis-information and should he return to the medical profession, he undertakes training on professional and ethical standards.

Az is noticably better, as is Chew and Suz.

Oh For Fuck's Sake...my third (and one of my most favourite) products has just gone Kaput.

Too expensive to make, and doesn't sell quick enough to justify the expense.

On another interesting note, not that above was interesting, instead think, frustrating and super annoying, I'm hearing a lot of people who are downsizing with their horses.

And while I'm talking about things which may be of interest, the gangs have really got these ram raids sorted.

As much as I hate to admit this, they are extremely well run and super organized.

I have a begruding respect for the person(s) organizing these.  It is an extremely, and highly successful, business.

If you take out the illegal part.

And last, but most certainly, not least:

So my question to you is:

How come less than 65% of hetrosexual women orgasm?

Just on the news that baby Will has had guardianship taken away from his parents temporarily, and given to the Court, so he can have his heart operation immediately.

Interestingly, PM Jacinda Arden who could have been extremely vocal on this topic, and has been re: apologising to Maori (Ngati Maniapoto) again this week, for more than 150 years of Treaty breaches AND gave them another 165 million in restitution, The Crown regretted the pain and hurt it caused to Maniapoto through war and aggressively acquiring huge areas of the Iwi's land....yet Arden has stayed dead air on baby Will.

Shame on you, Jacinda.

Finally we've got Sun, loving that...and rain, when it's not.

And we're all really working as a team here.

Trying to find solutions that are sustainable long-term.