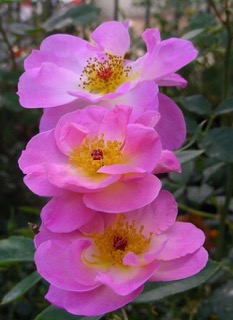 I'm really lucky, my neighbours are all super lovely.

Most either have horses, either pleasure or jumping, while others have shares in race horses.

It's a horsey street.

However, there are the odd peeps that don't have either.  This is important to note.

So there I am out on my deck today, and the next minute my phone rings and it's my neighbour on the other side.

He lends me his electricity for the hot fence on my property, and his driveway runs next to the end of my property.

Well...we've got a big machine coming up our driveway and your horses are freaking out, would you like to go and put them in the stables?

I stopped what I was doing to actually go have a look at said machine and it was freaking massive!

It had to be driven over on a double track(?) truck.

It was bloody huge.

And he was right, the horses were freaking out.  Well, Cappy, Mumma and Belle were.  Belle because the two older ones were, Cappy was because this is not normal and Mumma because she could.

I thanked my neighbour for his call and hung up.

I didn't have the heart to say to him that my horses weren't being put in any damn stable now.

The interesting thing was that Az, Suz, Ralphy-poo and Chew couldn't care less.

Az is a dude though and Chew is Chew.  Nothing much fazes that boy.

To be fair though, once you've been on the Horse truck on the way to be dog food, and stood waiting in the dog food yards, nothing much scares you after that.

But the biggest surprise of all was.....the cows!!

Mickey, Mikey and Moose stood not one meter away and didn't bat a tail.

I ended up calling Cappy, Mumma and Belle and after a bit of humming and ha-ing and should we-shouldn't we, they just all came running up and we had something to eat and a bit of a chitchat about big trucks and scary sounds, and everyone was fine.

I'm not worried about the Horse/human door when the sun is shining and everyone's happy, I care about it working when things are not.

And the stones are working really well.

I love the Healing that comes from them.

However, every single time I forget the nightmares that come with them, and keep coming, until the toxicity which has attached itself to my DNA rips away.

It is both an eerie and a deeply Spiritual experience.

Ok, well this is slightly annoying...

My hair is in better condition when I don't wash it.

As much as I only got 6 days poo-free (second time round, first time I only got to 3 and a half days), no matter which way I look at it, my hair was in great condition after I washed it.

I'm back to washing it every day at the moment, and am noticing that it was better when I didn't.

It was thicker, grew quicker and the colour was different, more natural ie: white and this super funky silver, but totally more vibrant.

And today I ended up surfing websites for, Make your own shampoo and conditioner and you know what I found?

They're not that natural.

They use Soybean oil and they still have names and words and ingredients that I can't pronounce.

And I don't want that.

Soooooooooooo...I'm going to try this again, but in a different way.

I've heard that some people just put water on their hair, so I think I'm going to give that a go every three or four days.

And I've heard that you can use eggs (thank you chickies at home) and/or apple cider vinegar or urine or baking powder (soda?) or some bloody thing if you need to condition or get out germs or something.

I kind of lost interest because I was constantly worried about bugs making homes in my hair, so can't remember the actual details, but I'm pretty sure it was something like that.

I must be going in the right direction though, but just not got it 100% right yet.

Well, look at it this way, Sebum is your hairs best conditioner.

And to be fair, everyone said hair would be difficult for the first month or so.

If I had held out, which considering my OCD qualities it was a bloody miracle I got to 6 days, I would have been at 6 weeks, going on 7.

Go back, do it again.

** OMFG I have just been to the hairdresser to get highlights (to help this journey along) and it works out that the silver in my hair is NOT actually silver, but bloody white.

It works out that when you still have some dark in your roots, the silver can well, look silver, but it's not.

It's a colour illusion.

In the NZ Herald:

“There is a reasonable chance we could see growth that is as low as two per cent and for those countries that don’t experience recession technically, it will feel like a recession.”

What gave it away?

That strawberries that are $20 a punnet or that peoples mortgages have gone up an extra $300 per week...and due to go up again in the next 10 days.

And remember when I, and every Horse Trainer, Economist, Financial person, Business owner, Farmer, Truck driver, University student, and any person with an IQ over 50 said...Don't shut the country down for a virus, it's going to cause a damn recession...

Jezus, these Government fuckwits are running our country into the ground.

Support our damn Farmers before they completely fuck that industry too, and we're really in the shite.

So I heard a little whisper that Boo-ba-licious is being a bit of a shite.

Talented, but knows it.

So we had a bit of a chit chat when I saw him today, and I explained to him that if I didn't start hearing extremely good things then he could rest somewhere else, because I wouldn't have him at home.

He was sulking when I left.

Also interesting that he (so I was told) far prefers dealing with human women.

Although to be fair, I'm pretty sure that's because he still thinks he's a damn colt.

Belles is so damn cute!

I popped up to my local superette and bought back a bag of chippies with me.  Stood with Belle (who had spied me first) and we had a munch.

Belles was like, Is it my Birthday?  (All the horses get a bag of chippies for their Birthday).

No baby. Today is a "Just because" day.

I'm going to have to work harder to show you how this Horse/human door really works.

Day 3 of no-poo - Washed my hair with water and epsom salts.

I'm prettty sure I can do another 27 days.

And fingers crossed, I might just get success and be able to go permanent.

He says he is being villanised.  He's just being a colt and if he had a female friend, or two...

And you're not a damn colt.

OMFG we have so much Spirit here that you can almost reach out and touch them.

Worked out that Spirit were lifting the lid on the washing machine causing it to stop.  10 times this morning.  Which is why I rang the bloody guy to come round and fix it.

But it all had an excellent end result, I do wish they would use a more direct and easier way to communicate personal things to me though.

Maybe they could just leave me little notes...time to change  your phone...we don't want you leaving the house this morning....we're trying to get your attention...etc....

Actually, now I think about it, that might actually freak me the fuck out.

Maybe we'll leave things the way they are.

Big scary neighbour machine left today and Cappy, Mumma and Belle were like, What machine...

I had changed the food for everyone, then had to change the mini's all back, but I'm not sold on the feed I'm making for the big ones now and I actively dislike the mini's feed.

It was better the way I was doing it.  In fact, as much as it took longer, it was super much better than what I'm feeding now.

Somehow I've managed to muck it up for both the big and small horses.

I don't know whether it was because before I was making to the Energy, and to be fair, that would make a huge difference, or whether I've got the doseages wrong, fuck knows...

Back to the drawing board, go back, do it again.

The worst part is I'm so fucking close to getting it right. 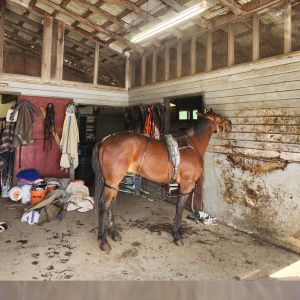 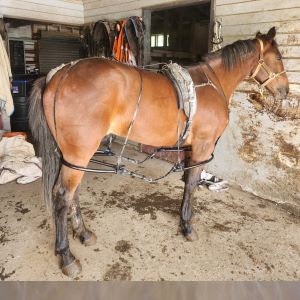 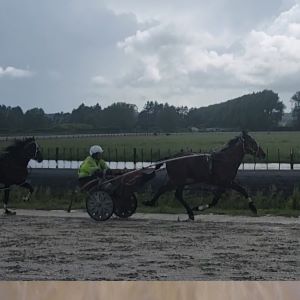 We are going back to basics, making sure we have all our foundations right and are re-starting old things with new things...in a better way.