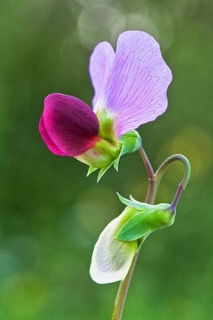 So I go out this afternoon and Az and Ralphy poo are outside just hanging out with Chew and Suz.

Now, how the fuck they managed to undo a bungy and flick the latch on the gate is beyond me.

Everyone can open gates apart from Cappy and Belles.

Belles, because she is too well-behaved to do naughty shite like that, Cappy because well, he just never got the hang of it and I've never seen Suz do it.

Of course, that doesn't mean that she can't.

Mumma is the wizard of opening gates.  When she had decided that Boo-ba-licous (he was 3 months old) and her were ready to go join the rest of the tribe, she just waited until I went to bed, flicked the gate and walked through with Boo-ba-licious following.

By the time I got up the next day everyone was just hanging out.

Az in his previous life, had to be put in a Stallion paddock because he just used to jump out, but we've never had a problem here.

Chew, as we all know, is the master of gates, locks, bungy's... although, how, when you have 4 hooves you could even possibly open a bungy cord is beyond me.

And Chew's not saying.

It's hard to believe everything I've been working towards is here.  I guess I fall so much into what I do, I kind of forget that they'll be racing.

I mean, I never actually forget, it's always there, but I work so much on keeping them strong and powerful and empowered, that racing comes second.

That if I can't get the first right, then the second doesn't exist.

It's a weird place to stand.

Have I ever mentioned I love working with Spirit?

I swear, hand on hoof, I am in the exact place that I am supposed to be every single second at the moment.

I'll be like, I doing this... and a conversation or phrase or word or action is shown to me and the next minute I'm like, Actually, no...

And do a complete and utter turn around.

It is good, I value the direction that Spirit give me, but I tell you what, this isn't for the faint hearted.

Peeps are funny at the moment, so I've kind of just let go.

Which is both working and not.

It's working for me.

It's working for my horses.

It's working for my son.

OMG all my friends are having foals and every single one of them is gorgeous!!

I am soooooooooooo lucky that I see them, Touch them or get sent buckets of photo's of them.

Not to mention I now know so much more about how a Mumma's fanny looks before she gives birth.

What I will say though, is a baby which is Touched within an hour of giving birth, keeps his/her Horse/Human door open.

I've watched it myself here with us, and I'm watching it again with my friends babies.

And somehow that open Horse/human door translates to you becoming part of your horses tribe, not just allowing, but encouraging, free-flow communication on a frequency that we, as human-to-human, don't use or understand.

And blows your fucking mind.

I still have to say, No, to banning fireworks.

Now that everyone has foals and Mummas-to-be and yearlings and racehorses, I hate to think of them getting scared and hurting themselves...but I still believe in  everyone's free choice.

Which means that I absolutely will not say that you can't do fireworks because it doesn't work for me.

That's the thing about free choice, it means that you get to do, stuff even if I would prefer you not to.

I went down and had a chat to Boo-ba-licious and told him what was happening re fireworks, what to expect and to be brave.

I also had a chat to my horses at home, but everyone is older and has been round the block re fireworks.

For the first time ever though, we have people around us doing fireworks, which is weird.  We live in a street where just about everyone has horses, or racehorses, so no one normally lets them off.

Especially the Mumma's waiting to give birth and the little ones.

So Boo-ba-licious was a little humpy when I saw him this morning.

Grumping about, I said, Boom! and what it really was, was, BOOM!! BOOM!! BOOM!! KABOOM!!! so we had a little chit chat about saying exactly what one means.

But apart from that little hiccup, he was fine.

He did however, appreciate me coming down and giving extra little things to rebalance the tummy, because his tummy juices changed when he got a little scared, not (as Boo-ba-licious reminded me) big scared mind, just little whooooooo, so we just needed a teensy re-balancing.

And my new feed is working fantastically for my big horses, but not so well for my little ones and Az.

Back to old food for the little ones.

Knowing that we were in one of the most accident prone months of the year, and knowing that we were smack bang in Full Moon, Lunar Eclipse, next to Uranus (Planet of Disruption) and a Mercury Cazimi co-joined with a pissed off Saturn, I still hopped on a fence, did a little jump (and twist) to get something on the other side and promptly ripped a muscle away under my breast.

I actually heard it rip.

To be fair, if I had had a drill, this wouldn't have happened...

Anyway, sounds worse than what it is, just hurt like a bitch at the time and I'm a teensy bit delicate now.

Well, I know what it is and I know how to fix it...just don't sneak up behind me and make a sudden move ha ha.

It's been both tight with it's Energy and extremely spacious.

I'm getting what I need, when I need it, but in the way that I didn't realize worked best for me.

Which means that I am extremely flexible, because I always have one eye on my ass and the other on my horses.

...And I am making sure that every miniscule step I take forward, is on solid ground.