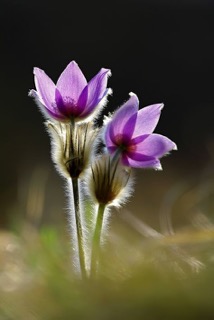 So I ended up racing with the horses tonight on the spur-of-the-moment.  Which was awesome.

However, I learnt two things:

1) The only two things I can do with the horses is:

Pick up shite and talk with them, which to be fair, are bloody excellent things to be able to do and

2) The last two years have been very unkind to people.

Because I kind of live in my own little magick world here, talking, living, loving and playing with Spirit, I forget what life is like if you don't.

Tonight was a reminder.

And I saw exactly how unkind these past few years have been to some people, which kind of blindsided me a bit.  I had automatically assumed people had been like me, immediately changed shite round and just got on with things.

I found out that that was untrue.

It was a real eye-opener.

It was a good movement and flow night, but I saw things I hadn't seen before.  What had definitely worked, and things which I hadn't seen accurately.

I'd seen, but not seen.  Which had made things which people had said to me, make sense.

I hadn't got it before, which to be fair, is not unusual.  I get tunnel vision and can't see anything else, so I would be like, Why do you keep asking me that?  No...

And then just walk away and do what I was doing.

Which to be fair, in hindsight, is kind of funny.

And wouldn't have changed a thing anyway.

But it also reminded me of a conversation I had had earlier in the day with my Farrier.

I had been talking about what it was like for me with so little experience with horses, having friends who were professional and that I had to work so much harder.

Not harder so they would be my friend, but harder with my horses, to show, well, you know what I mean.

It was a truly bizarre day.  Awesome in a lof of ways but I re-remembered that if I haven't learnt by Touch, then I haven't learnt anything at all, and the daily choices that you make in life, become your life.

And that these four tiny words change everything:

I am also grateful for that personality quirk that I have that says, Either offer me something of substance or there's the door and you can fuck right off, has saved my bacon more times that I could ever have imagined.

In more ways than I realized.

And as I'm just about to go to bed, I realize that I'm going with more knowledge and a deeper understanding of who I am, what I do and how I live my days, than I did when I woke up.

Kneel for no one.

So after Miss Jacket-No-Jacket-Want-A-Jacket-No-Wait...I took Mumma's jacket off, the weather turned to shite and she promptly got a cold.

I put everyone's jacket back on.

Chew was a darling and didn't move one millimetre, and Suz is just gorgeous with her manners.

Ralphy poo was well-behaved as he was getting mud in his fur which he intensely dislikes, and Az is the dude.  I don't think any horse could be nicer than him.

Cappy already had his jacket on, which left Belles and Mumma.

I got Belle's in the stables first and she was super easy to get jacket on.

Then I ran into an issue.

Mumma then realized every bloody horse had a jacket on apart from her and got muppety.

Belles then flaunted her jacket in front of Mumma like a bloody show pony on a glitter catwalk and then, hand on hoof, if took almost an hour to get Mumma's jacket on.

I tried feeding in different paddocks, but Cappy was having none of that and refused to leave Mumma (who was in the stable), Belle's doing her show pony lark, and Mumma is getting mighty pissed off.

In the end, I just went into the stables shoo-ing everyone away, apart from Mumma, who by this time was full on sulking and kicking the stables when she could get a good go in, Belles is having the best fun and Cappy just refuses to move.

Then jacket was on, Mumma was happy as, although gave Belles a bitchslap for being a pony, then everyone went up to the house to have dinner.

The weather better not be all sunshine and light in the next couple of days, it needs to be what the Weatherman said, Cloudy, rainy and cold.

I cannot believe the Suz I have now, to how Suz was when she first came to live with us a few years ago.

Back then her abuse was insane.

She wouldn't be caught, hated humans and was so trapped in the cycle of abuse mentality, that we actually thought she had brain damage.

I remember seeing her the first time with Az (who's friendly to everyone) and he came up wanting to be friendly to her too, and I watched her wait, and wait, then right when he was close enough, she double-barrelled him smack bang in the nose and I remember thinking, Oh hunny, you have had to fight for so long...

And remember, it took us forever to get anything moving.

I had friends help, sometimes it worked, most times it didn't, and I tried everything I had read, heard or dreamt, and not one thing worked.

And do you remember the day it changed?

I gave up and said, We love you, no matter what, you do you.

And here I am this morning, writing this, but Suz and I were out there this morning, having a cuddle, having a groom, we never need a lead or halter to do any of this, she often waits for me now, she's curious and wherever her Soul went, to keep her safe, it came home.

And I've watched this before with horses.

And they do.  Their Soul goes to a place and refuses to come back, so the body literally withers and passes.

We were lucky, Chew, who really did have good reason to hate humans, constantly talked to Suz.  He told her it was ok and kept calling her Soul back.

And kept telling and calling.

Even when we were so far away from getting not just some success, but any.

He still told her and called.

And eventually she gave it one more go.

Suz is a girly girl, now.  She does her thing and we have a relationship.

Sometimes I don't know how I got so lucky.

And talking about Chew, when we did the abused (physically, emotionally and sexually) children visits, Chew would pick the worst abused child and I swear, hand on hoof, he would sit next to this child and go, I know what they did to you.  And just sit in Silence with them while they held onto his mane.

But when we visited the Old Persons Home I watched Chew walk round the old peeps, and then he would stop in front of someone and go, I know what you did.  And he would refuse to go near them again.

I bloody knew it!

My hairs colour has started falling out and refuses to colour for love nor money.

Honestly, I'm just going to wear my hair up until I have some sort of result.

And I've finally found a way to be successful with Social Media.

I dislike with a passion, Social media and especially Facebook, because I actively try to have real place, real time friendships.

And I have no interest in typing on a keyboard with someone I don't know or would never speak to in person and if I do know you, then get real with me.

Text, call, coffee, come round and/or meet to go out.

However, I understand that you would like to know what's happening here at home, and sometimes those mediums are the easiest to do that in.

Wait...product from overseas finally turned up.  The one from the New Zealand company that wasn't.

And it was still a let down.

Wasn't quite as dark, which overall doesn't mean anything with oils, as like Kawa Kawa, they can change and be either lighter or darker.

Where things started to be a bit off was the smell.  The overseas one was lighter and softer.  The one I had bought here in New Zealand (but still from overseas, just another company) was deeper and more heady, more masculine.

So that was an orange light.  So I tracked down where the overseas oil had originally come from and Hello! yes, it was technically the same oil.

Not suitable to eat.

Smell, too, has it's own language.

But this is what I actually physically bought via the site in-New-Zealand-Not-New-Zealand, and what is actually stated on my invoice:

Anyway, enough of the whinge, I've been doing some digging and have found another way.

I bloody knew there was!

So  that's been our week:

We're super busy with Wholesalers and getting the best deals for our horses.  We're just developing relationships now, where we're getting called first if any products are being discounted on discounted.

It's really great to have people who are not just wanting, but offering, great quality products for the horses.

At a cost which doesn't involve a mane, tail, and three hooves.

And Spirit are showing me how the way I am is truly working for me.

Which is quite bizarre.

Normally people are explaining to me how I should be nicer, more polite, more feminine, say less Fucks, be less egotisical, less arrogant, way less Miss Know-It-All and to kick Miss I'm-Always-Right out the door and learn how to be not just humble, but also a team player.

But while you're explaining to me how it can't be done, this Boss Chick is not just doing it, but playing the banjo, too.