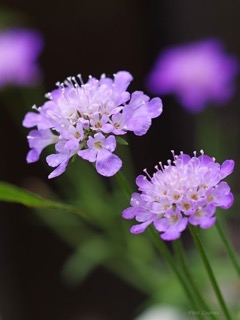 I lasted 6 days with the no-poo.

I tried my best, and for 4 days, I did bloody awesome.

Then it kind of got all oily.  Like so oily it was like I had put bucketloads of Coconut oil in.

And then it got a whiff.

Not totally ugly, but...

And I just could not do one more day.

But there have been some good things in the last couple of days.

Mostly because I've finally got results.

And some have just been Drawing of lines and walking away which is a right bastard, however, what can you do?

You can't let people treat you like a no-neck.

But to be fair, what I've been dealing with is so common at the moment.

Everyone has a story of being ripped off by contractors, cleaners, mechanics, companies...and yes, sometimes new people, but mostly by people they have had dealings with in the past.

It's happening to everyone.

But the phrase I hear a lot?

They can afford it, they've got money.

Fucking shame on you.

And after some crazy busy Energy my fences are either fixed or taken down and everything's painted.

It ended up being so much bigger, and took sooooooooooooooooo much longer than I anticipated, which did my freaking head in.

Actually, I ended up just hanging up on people.

I'd call and go, Why am I standing here and **** is saying the work that you did, has not been done?

Silence while someone thought about whether I had proof, realized I Hell, yeah did and then,

To be fair, I'm not known for an abundance of patience at the best of times, however, that particular issue got sorted within 12 minutes.

Then 12 minutes back, 15 to fix, another 10 for next person to do their particular job, and then 15 minutes home.

It was best that day that you did not speak to me because we were in a backwards time warp zone at home, so for every 15 minutes of non-achieved work, I was 45 minutes more pissed off.

And I knew I wasn't getting to Cambridge races, which I had been really looking forward to.

But when Spirit talk about things needing to be done, they're getting done.

However, the horses and I are super happy with our results, and Spirit are extremely pleased with themselves.

To be fair, so they should be, this has far far exceeded my expectations, and they were high to start with.

Check out Chew babes, he's such a little stud muffin. 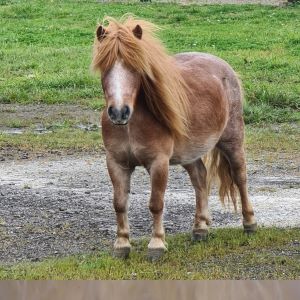 And now it is back to, Who is smarter than Chew?

And just before you put up your hand and go, Me!  Me!  Just remember that Chew got his other mini buddy, Ralphy poo, to push over the feed bin (complete with bungy cord) and with direct instructions from Chew, rolled it out of the shed, down the driveway and round the corner until Chew could think of a way to untie the bungy.

Yeah, that's what I thought.

And Suz who is such a girly girl and just adorable. 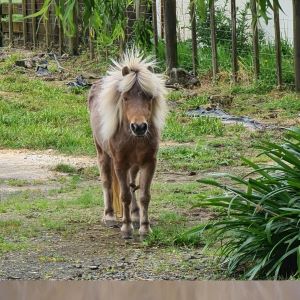 Suz and Chew are up by the house while I try a new product on them. 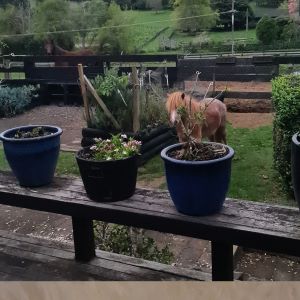 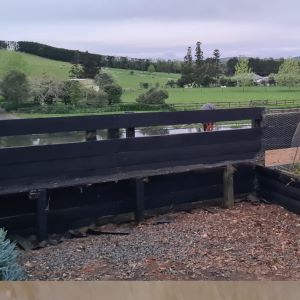 I thought it would be great for them to all have a big paddock, have a bit of a run round and it to be super safe and them not to have to worry about getting caught in wonky wires.

I hope that I have made an excellent choice.

The brown bits are sand.

When everyone was up to their knees in mud, we weren't.  We were half-hoofed mud.

But it didn't last the whole season. 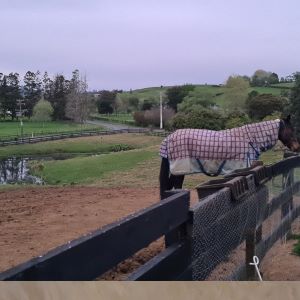 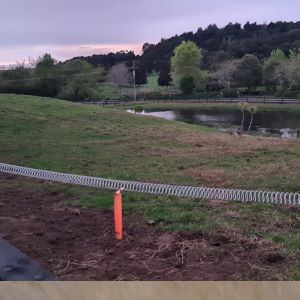 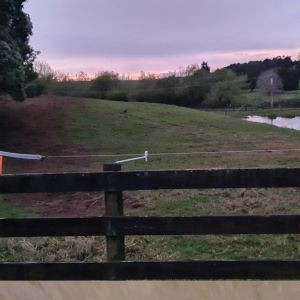 Every single tree, plant and herb is growing.

In some, the fruit is already growing. 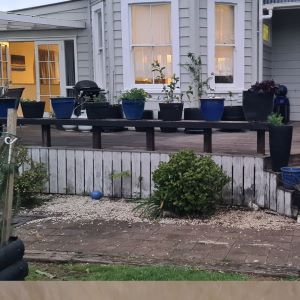 And I spoke too soon.

I've just had a company take my creditcard, pre-work as they refused to come unless they had the creditcard but wait, they've just emailed me at a time where I wouldn't (nor would any normal person), be close to their emails, saying they are about to charge me for work they haven't even fucking done and if it is not suitable, I need to call them within the hour.

Hahahahahahahaha...this must have worked so many times for them before.

Bit of a bastard that I have to now change my card though.

I'm not lying down for this shite.  What you put up with is up to you, but not this chicky babe.

But wait, the Covid-give-me give-me give-me- I-deserve-money-because-you-have-it mentality has not yet finished...the one product which is fantastic we are still waiting for, and now I'm at the point of realizing that if the bloody product does turn up, it's going to be crap quality because, and wait for it, I thought it was a New Zealand company because it had a New Zealand email AND phone number.

They are not based in New Zealand.

They did not physically have the product.

They still do not physically have the product, which means that I cannot possibly get the product from them.

That sucks the kumara big time.  However, I did find a wholesale company in New Zealand who can supply AND (after an email and phone call), it works out I know the Boss chick.

But wait...drum roll please...this now means that I have a whole new warehouse full of all sorts of new and exciting things to try.

And the other overseas product I was waiting for, AND paid a premium so it would arrive within 8 days, well...guess fucking what...13 days and counting.

So either don't charge me a premium or deliver the fucking product.

And dealing with Mr Estrogen Man again, if I do not choose my words extremely carefully ie: Do not mention 8 days premium delivery so I expect 8 days he loses his shite and starts banging on about me being mean.

And having a bad attitude.

Unfortunately, I just can't afford to upset him because his products are really good, and I can get them half the price of what I can here.

Life is not easy some days.

But if anything makes me more staunch about NO soy, I just have to look at him and I'm again on the, Hell, no! side of the fence.

And more on the Farmers being restricted:

The Government is trying to pas a law that means Farmers need to apply for Consent for Winter Grazing and the Government wants Central Government Controlled Farm Plans.

The Government also wants to introduce an emissions tax that will, on the Government’s own numbers, rip out 20% of the Sheep & Beef sector’s production.

Do you actually understand what this means to you as a lay person or to the Farmers?

It means Farmers are being told by non-Farmers, people who have no physical experience of actual, day-to-day, physical, 7 days a week, 365 days a year, farming, how to farm.

And being restricted to what they can, or can't, do, on the private Farmland, that the Farmers personally own.

It also means that for you, Mr, Mrs, Miss or Ms Lay-person, food prices are going to sky rocket.

The Farmers can't farm with these rules.

So there are only going to be two choices ahead of you:

Your food prices are going to sky rocket or there's going to be a shortage of food.

But you wonder if I have an ulterior motive?

Because after the Farmers, the Government is going to come after people like me.

The Readers and Healers.

And what I do is going to become illegal.

And remember, women were still being fined back in 1921 here for the work I do.

But I come from a long line of Readers and Healers, so it won't be that I stop work, it will be that I work illegally.

But I'm not a Reader, I hear you say.

So this is not just the Farmers problem anymore, this is our, the people of New Zealand's, problem.

We have to support our Farmers. 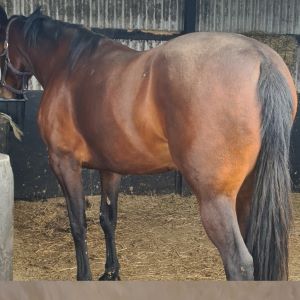 And side on, just so you know. 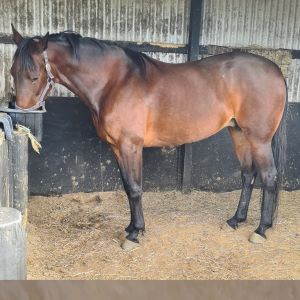 Check out my baby doing a presentation in Atlanta!!!!

Man, I am so incredibly proud of him, he is a phenomenal human being. 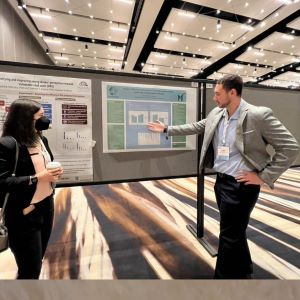 So I had another Snapshot last night.

I was going to bed, then someone rang so I stayed up talking, then was about to go to bed, and it happened then.

All of a sudden I was watching a video of myself.

Well, I was watching a guy who had printed a picture of me off, and had taped himself absolutely losing his shite over it.

First he was screaming at the picture, then he would turn to the camera and scream there, then picture, then back and then he finished his rant (and other undesirable action) and the video finished.

There was another guy involved, not participating and certainly not happy, who had sent me the video.

I could see every feature on his face, every contour, but it was the unbelievable rage that this guy had which was astounding.

I've never seen anyone be that ferocious and filthy about me.  It was very odd to watch.

But the interesting thing is that if you had 10 guys lined up, he would be the last one you would pick to do this.

So obviously he hides this aspect of his personality very, very well.

But you know, I've been thinking about this and I've always had these Snapshots, so I can't say that I haven't.  However, these ones are different.  More vibrant, more intense, so much more.

I think it's the horses.  This frequency that I work on has allowed my senses to develop so much more, and I dive so much deeper now.

Got to say though, there's something other-worldy and a little eerie, but ultimately very magickal, about them.

We've had huge success in some areas, none in others, but overall, if I look at the big picture, we're on the winning team.

But it's been hard fucking won this week.