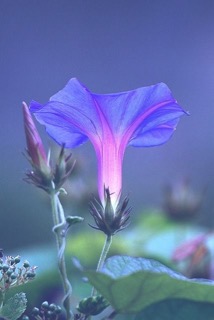 So it's been a bit cold here.

But I was still persevering with no jackets for Mumma and Belle.

Which worked right up until this morning when Mumma said to me at breakfast, If you don't put a jacket on me, I'm packing up and leaving.  Someone else will want an excellent, well-mannered, extremely good (here she gave me a little death stare as if she should never have had to even mention this) broodmare.

And I'm taking him with me.

As she looked at Cappy.

Who, to be fair, looked a little horrified as he was wearing his jacket.

However, Mumma did have a point, it was supposed to be 2 degrees tonight and it had been a bit nippy with the wind, so Mumma was well within her rights to say this.

So I popped Cappys 200gram jacket on, gave his 100gram to Mumma, and bought Belle a completely new one since Boo-ba-licious had munted her last one.

As I'm writing this, everyone is happy.

Including, or is that especially, Mumma.

And since we have all these wonderful body things happening, and they are cool, re-adjusting to Energy and my body rebalanacing itself, I'm going to try for the no-wash hair again.

I know the last time it didn't work too well, but you know, it's hard to change OCD quirks.  And to be fair, you are talking to someone who won't eat orange dinosaurs because they're ugly.

But since my body is doing so well, I'm going to try for one (1) full month of no-hair washing and if it works, then I'll go permanent.

I know people personally, who never wash their hair, and it is in fantastic condition - long, beautiful to touch and smells great.

I've heard the first week or so is not fun while the oils start to rebalance, however, after that your body starts to self-regulate.

So I'm committed to doing the full month.

Wish me luck, it's just shy of 24 hours as I'm writing this and already I feel like giving it a wash...

So Mumma was wanting to talk about boundaries this morning.

You, absolutely 100%, cannot touch me while I am eating.

I do not wish to be Touched, groomed, patted, petted, or otherwise played with.

This is my space and you cannot come into it.

I mean, do you see me squishing all over you?  Coming on all cuddle like when you do not wish?

I'm getting good success with the horses, but there is super sneaky Energy around at the moment.

I've just fired one company for charging for work that they quite obviously did not do, so I'm now being super aware of every other company around me.

Well, when one company has slid in, you need to make sure that no other person or company has also slid in and is doing the dodge.

To be fair, this is so common it's a Meh!

Anyone who's been in my business as long as I have will tell you the same thing.  People can't help themselves.

They'll try and get something for nothing, take your work and try and present it as their own, or literally steal.

I used to wonder why I would get the Knight when I looked at a man. 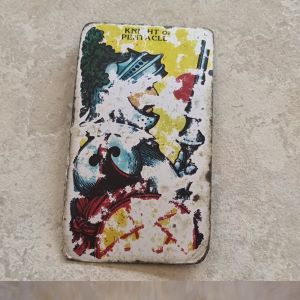 But it worked out that a Knight was only a man who had the potential to be a King, 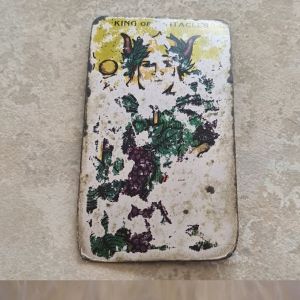 But couldn't step up.

Because 100% of the time, you would always get the Ten of Swords with it. 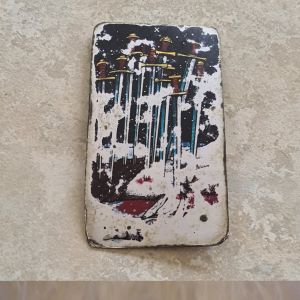 A man who just can't overcome his fear of failure, so because of his perceived Lack of, actually does crap actions, which makes his fear a reality.

And certainly not raising a child single handedly and running a business.

But I've been a professional in my business now since I was 24 years old (28 years and counting) and had to fight every single day, both men and women, for the majority of those years, to make my life a success.

Which I now have.

So it's your bad if all you see is an attractive blonde, smiling woman, who's super friendly...but not very bright.

Y'all should be really worried about the Governments Farmers pay for ommissions by 2025 - New Zealand Herald, 11th October, 2022.

Our farmers are where we get our food and they're being over-regulated by people who have no physical knowledge of farming.

These people making the rules have no Get out of bed 7 days a week, 365 days a year, know the weather and work to the condition and/or understand the cycles physical knowledge of farming.

Yet these are the people making these non-sustainable rules.

The rules that are forcing our farmers out of business.

You should be really fucking worried.

We're four days in, going on 5, for the no-wash and I'm surprised.

Yes, it's oily in parts, but it is not ugly, nasty or otherwise unpleasant.

I'm also not freaking out about bugs or germs or dirt.

I can't say I'm sold as I'm writing this, but I also can't say that this a fail.

Actually, far from it.

It's a fun thing for me, I love doing new things for my horses, making sure that the property is as good as it can be for them, but I can get really frustrated when peeps don't work at the same level, or see the same things as me.

I hate the phrase, That can't be done.

Because I can see it, so obviously it can.

I start seeing red when I am asked, Well what do you want me to do.  This?  Or that?

That!  I want that!  It's always the fucking horses first.  Jezus...

And I actually have to sit on my hands (because I start to fret that I actually will slap some damn sense into said person) when I am told to, Calm down, what's the rush?

If I had wanted it done next week, I would have called you next week.

Periodically I think I should try to work on these aspects of my personality, but then just go, Fuck it.

It was fun later though, the horses were all hanging out with me.

Here's Belle, she is so freaking beautiful, not just in the way she looks, but also her personality and way of being. 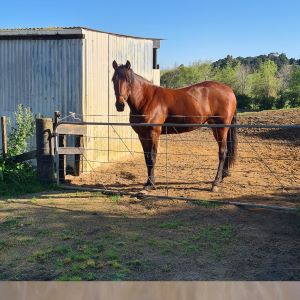 And Boo-ba-licious who is so fucking beautiful in his powerful, I'm the man... way. 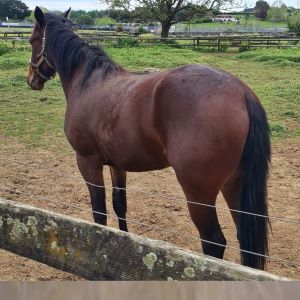 I love it when the communication is free-flowing with the horses, there is a depth and a Silence which is quite awe-inspiring.

Not Silence as in quiet, but Silence in As One.

That is so unbelievably cool.