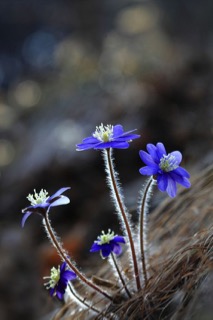 A weird, but very cool thing happened this morning at feed out time.

So I do a circle...feed Az, Chew, Ralphy poo and Suz, pick up balage and hay, drop wheelbarrow at Welcome Paddock with balage and hay, then hoon round the corner, up the stairs, round another corner and feed Mumma, Cappy, Boo-ba-licious and Belles...then scoot back to muck out and re-stock balage and hay.

I don't have to worry about horses getting in my way and it gives me a bit of peace.

This morning, the cows were being a bit naughty though.  They've been a bit too forward over the last couple of days, so I was telling them off this morning.

But the next minute, Boo-ba-licious comes hooning round the corner, down the mud slide and scoots to a stop in front of the cows, and then proceeds to bitchslap them.  He told them right off.  Spent another minute letting everyone know that this was not suitable behaviour and then took off again, up the paddock and round the corner to finish his breakfast.

He was calm as the whole way through.  Never came near me and gave me absolutely no worry that he was going to come and run me over.  It was systematic how he dealt with the cows though, and not one misplaced hoof.  I mean, he never physcially hurt them at all, he just came, got in their face, and told them off.

It was the oddest thing.

In the US, The Food and Drug Administration's vaccine advisers gave a thumbs up to vaccines from Moderna and Pfizer for infants, toddlers and pre-schoolers.

The outside experts voted unanimously that the benefits of the shots outweigh any risks for children under 5.

Shots will be available this week.

If you want to know when it's going to rain, text me and I'll tell you when I'm going outside next.

And when I hear someone say, It's not an easy job...It's too hard or I can't do that... I need you to understand that I have already left.

And Mumma and Cappy got smart and now refuse to move from the house because they've sussed the routine Belle, Boo-ba-licious and me have.

And now I have no idea where to go, or more to the point, how to fix this.

And baking this week was a bit weird.

Both recipes were easy as.

The first one, a No-bake, 2 ingredient, Chocolate Cake, first off, I thought I had done really well. 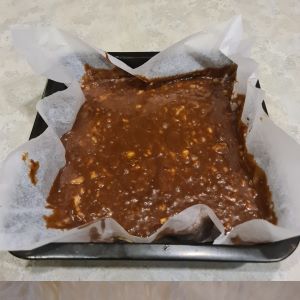 But it wasn't setting, then when I looked at another similiar recipe, it looked nothing like it should do.

So I took it out of the fridge, blizted it and Voila! 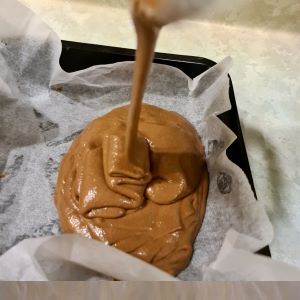 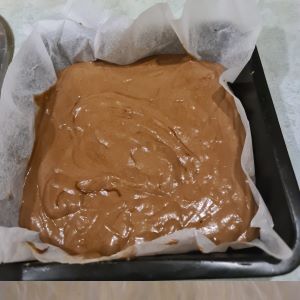 Then the next one was Lolly Cake which I have made a thousand times, and is so easy a 4 year old could do it.

But I read the recipe wrong because i was thinking about something else.

And it went a bit weird.

So I tried it again.  Exactly the same.  More carefully this time.

Then realized this is not how I make it.

But the funny thing is, this is the best tasting Lolly Cake I have ever made.

It kicks into touch, every other effort I have ever done. 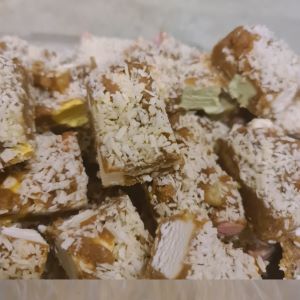 The chocolate cake really was a fail.

It didn't look like it should have this morning, certainly didn't taste amazing and well, F.A.I.L.

Attempt number 2 was new recipe, as even if the first cake had set properly, I still didn't like the taste. 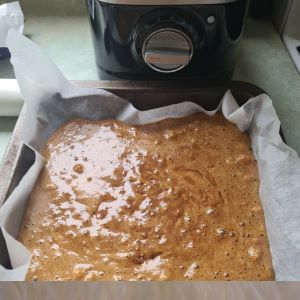 While I was waiting for cake number 2 to cook, I decided to make a Salmon Fish Pie... 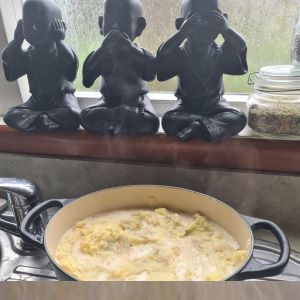 And the finished product of that stupid cake... 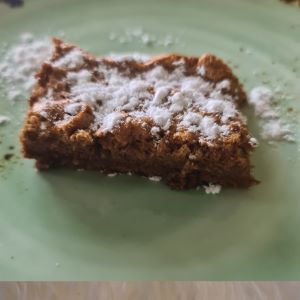 These 2 ingredients-no flour things are not my favourite.  You get all the calories without the Soul.

However, if you can't bake and got given this, you might think it was ok.

A girfriend came over later this afternoon though and took it home for her and her partner, but with strict instructions to tell him, This is Tarns fail, she bakes far better than this...

However, the Lolly Cake I also gave her should make up for everything.

That was a stunner of a recipe.

I now stand at the fence with a hose at feed out time.

Now before y'all go, You're scaring the horses, well, don't be silly now.

My horses aren't stupid, they knew the process.

I went to touch Mumma after feeding though but she was like, Touching me is a privledge, NOT a right. 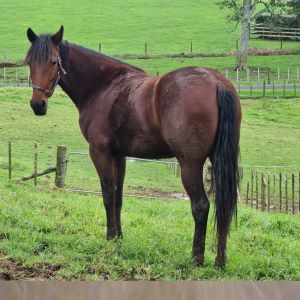 And talking about Belles, she's in season.

I woke up this morning, looked out the window, and caught her double-barrelling the young one in the snout.

And when I have to whip up a quick batch of my, Most Delicious Macadamia Chocolate before I smack someone round the head for, Oh hunny, you're not just tapped with the Stupid Stick, you're a direct descendant of the whole damn tree... 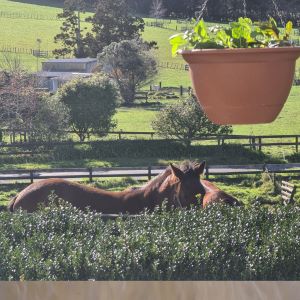 The most gorgeous Winter-y day here... 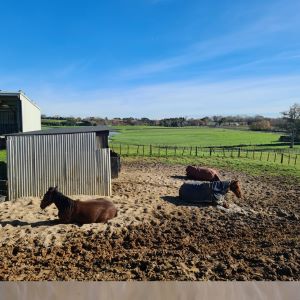 So that's beeen our week:

Yes, I am consistently busy, but mostly because Belle and Boo-ba-licious are growing so quick and I'm constantly running to keep up.  To make sure I'm doing the feed right, the supplements right, our land right...

But what I'm learning is that we're doing ok.

Everyone tells me when something has stopped working for them or if they need extra.  They help me to help them and then just help me.

And we've got so much Spirit around us, it's awe inspiring.

Do I have it all right?

Most probably not, but we're all giving 100% and somehow in this weird ass life that I totally love, that's working.

* I'm assuming you already know that the 4th Booster shot has been approved.