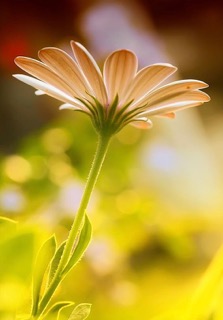 Jezus...I have never in all my years, experienced anything like this Seed Cycling.

But it is out of this world, mind blowingly amazing.

So, it's a bit tricky to start with because you need to:

a) Separate the nuts and seeds into separate jars.

Ok, that's not hard in itself, but can you recognize every nut and seed?

b) Then systematically go through each nut and seed to see their properties.

I look for the main things like, estrogen, progesteron, folic acid, serotonin and thryoid regulation.

Then I look for the secondary things like: blood sugar and regulating the biotics in the tummy.

Then I start using the seed/nut that I wish to promote in my body.

At the time that I think would be most productive.

A lot of times I get it right, sometimes not as I found out the other day, which made for a very bloody unpleasant couple of hours.

What has also been amazing is how little food I'm eating.

It's just blown me away.

I could talk about the calorie count, but I really don't want to, because that is the cherry on top result, not the main result we have been looking for.

What has happened is that when I consciously chose what to put in my body, consciously putting a vitamin/mineral etc in, my body went, Bloody Yah!

And it stopped going into crisis.

In fact, it started acting like my best friend.

I wish I could talk to you about this more, but honestly, I don't know enough about it, I've just taken what I've heard whispered about, played round with it, trial and error, and you know, got a result.

I found out a few things re some herbs that I use that I didn't know, which to be fair, might have been a bit more bloody useful earlier, however, information comes at the time that it should.

In fact, one of the things I found out was bloody important.  So I was a bit pissed that I had missed that.  To be fair, so have you.

As I know more, I'll talk about it more.

So I finally got to the races at Cambridge last night.

It was bloody awesome.

Because I was sitting there chatting away to my mate and then realized that all the work I had been doing, all those horsey days, was going to be for this future moment.

For them to race at this track.  Exactly where I was sitting.

I kind of hadn't really got it.  I mean, I had, I knew I was raising race horses, but I hadn't.

Because of all the lockdowns and you can't come because you're not vaxxed, scenarios I had turned my Energy into the horses.  And kind of forgotten about the racing part.

Not really forgotten, because I've watched every race in the whole of the North Island.  Every. Single. Race.  So I'm familiar with what Drivers and Trainers are winning, who's fallen down the rabbit hole and who's up and coming.

But I was there and I realized I have successfully created, birthed, fed, watered, looked after-ed, Healed and loved two horses which as I'm writing this, one is in her final training and Boo-ba-licious is not far behind.

It was an awe inspiring moment.  One of those Ooooooooohhhhhhhhhhhhhh.....

And I've woken up this morning and gone, Ok, how can I do better?

Because, and I think it is just something that is made inside of me, I don't want to race the worst tracks and still come last.  I know, I know, no one wants to do that, but I want my horses to fulfill their potential.

I want to know that both them and I, have put everything we have into our racing.

I've come into the horses with both a distinct disadvantage and an amazing advantage.

Yes, horse people have physical experience, and so much I worry somedays that I'll never catch up, but I also have experience, especially in the field of Energy, Healing, rebalance and rejevunation.  Of running with Energy.

I also came with fresh eyes.

So I walked in and was like, Why are you doing that? No, really, why?

Which I have to say, did not win me friends and influence people.

However, it has, as I'm writing this, allowed me to created babies which are on the track.

That is no small feat.  In which ever way you judge us, to even have got to this point, is impressive.

Now my goal is to show that we are not just intelligent and savy, but also strong.  That my horses look amazing and race in a way that shows our commitment, passion and success.

Ok, so this time has been deeply Spiritual (as per usual) as this is one of the most Spirtual times of the year for me, in fact, days wise, I would say, Good Friday wins hands down.

It must be something special because it is the only day of the year when I absolutely refuse to work.  I don't care who you are or what you want, the shop is closed.

But the other days are also important and it is a time where I spend time getting back to basics, rebalancing the Energy in our home, both inside and out and allowing messages from the Other Realm to seep into my skin.  To let ideas float around, above and beneath me.  To have lots of time in water, in sun, under moonlight.  To detach from all forms of Social Media and connect in with Spirit.

Which I did again this year.

You know, I honestly do not get people who don't believe in a Higher Power than themselves.  I mean, you don't have to believe in what I do, but not believe in anything?

That must be so lonely for you.

Anyway, it was a good time, I feel cleaner, clearer, more put together and have a plan.

Well, first off, I've got my horses in training.  That's a win in itself.

Next they need to hit time to qualify to race.

Both Belle and Boo-ba-licious should be able to do that.

Next, and this is where things get a bit tricky, if my horses can hit time, Belle and Boo-ba-licious can technically win.

They have the same chance as any other horse on the track, in that race.

The only reason they won't do well is the Trainer is training wrong, the Driver is driving wrong or blinking, or the feed is wrong.

That only leaves me with the food.  Trust me, nothing like a bit of pressure to keep you on your game.  All jokes aside though, I'm going back to relook at every single thing to make sure I'm at the top of my game.

I mean, Belle looks bloody amazing.  Honestly, if she hit the track tomorrow I would be bloody proud of her as she could stand up to any other horse condition wise.

Not only is he covered in bitemarks - thank you Mumma, you were supposed to discipline him, not bitchslap him - so he's not glowing like he should.

Back to the drawing board for him.

Oh my fucking God, Boo-ba-licious is going to drive me bloody nuts!

So all the horses were up by the house today hanging out, no surprises there, they often do, but they were a bit suspicious like.  Not of me, but acting a bit on the dodge.

Like, We love you, Tarns, we think you amazeballs...

I should have bloody known then.

But I'm hanging round, trying to get Boo-ba-licious familiar with the spray bottle and as I'm coming back I see this black thing in the Welcome Paddock.

What the fuck is that?

Boo-ba-licious must have tried to go into the stables where Mumma was and she said, No, then kicked out and the front part of the stable is down, complete with the bloody great skanking post in the corner.

To be fair, she would have given him warning.

However, no damage to Boo-ba-licious, Mumma or Cappy so an excellent end result there, and fingers crossed, my fence guy will be out tomorrow.

Bloody knew they'd been up to no good.

Quite obviously everyone banned from Welcome Paddock until stable fixed.

Stables all fixed and OMFG it was a bloody mammoth job.

Works out Boo-ba-licious had gone into the stables when Mumma was there, she took offense, backed up, tried to kick him, he ducked and dived and she hoofed the big round wooden pole in the corner, knocking out the post, and all of the front of the stables.

Boo-ba-licious would have sulked but thought better of it.

And everytime I saw Mumma sulking I was like, It was you and your great big bloody stonking hoof, Missy, so don't you be getting all antsy at me.

Which made her sulk more.

But it took us bloody hours.

I ended up leaving my fencing guy to start work and went off to pick up supplies.

I have never dealt with people who were so unenthusiastic, lethargic and generally couldn't give a fuck people.

I asked for help and was told, We're not here to do your shopping for you.

I asked for products, We don't have that.

When I did get help it took 15 minutes to get the products (2) because he checked every fucking packet for what he might be looking for.

When I did get half the timber I needed, I then waited 15 minutes in the wrong place that I had been directed to, to end up getting out of my car, finding the wood myself and with the guys standing next to the wood was told, Well, don't expect us to do it, it's your wood, put it in your own car.

The guys obviously didn't realize the Manager had walked in and seen everything until the manager came over to me.  He wished me to make a formal complaint but as I said, We're getting stables done at home, which is why I'm here. I don't have time to complain.

What I will say though is that peoples sense of entitlement, me me me and downright, Who gives a fuck? attitude is blowing my mind.

People have learnt nothing in the last 2 years.

On a positive note, this kind of attitude literally can't last.

There's too many people doing a hustle out there that if you want to sit back and wait for the goodies to arrive, you'll literally be left behind.

It's been deeply Spiritual and a real time of recharge and rejuvenation, so that's been excellent.  Yes, there has still been changes of plans but honestly, I'm realizing that there has been a rhyme and reason to things and all Spirits changes recently.

When I look back I can see a pattern, actually, that's not the right word, a road.

I can see a road.

* When taking photos of hooves to show farrier, with a, I'm really worried about one of Suz's hooves, it's gone rogue on me, take from side not front to prevent any, Jezus-fucking-Christ that is NOT the photo you sent me, moments.

** The wetter and smellier baleage is the more horses like it.

*** I do not know how many times I have explained that being in my life and knowing what's going on, that is a priviledge, not your fucking right.

I guess you'll get it eventually.