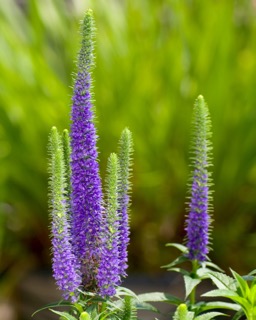 So Mumma's taken things into her own hooves, and she refuses to allow Boo-ba-licious near me.

Apparently, she's quite keen on me these days and is not going to allow anything to harm her home.

Our colours are here!!!

The young one and I are super stoked.

Belle may still not be ready for another year, however, I like to be ready.

But while I'm talking about that, we're needing other stuff and I'm really lucky, one of my friends is helping, because she knows how to do this.

However, she was saying that we were going to have trouble because NZ doesn't really do this and I went, Anytime you speak to a company and the first words out of their mouth are, "That's too hard, we can't do that", hang up the damn phone.

If NZ companies are too damn lazy to get organized, we'll bring the stuff in from overseas.

But seriously, I don't understand that negative thought pattern.  My whole life is based on, If you can see it, you can create it.

And this is where I have an advantage, I can see what I'm looking at as the finished product, now it's just working backwards until we have every single thing I need.

Fence down by the driveway getting fixed.

No, not the one Boo-ba-licious jumped, that's the other side.  This is the post that was all wonky and was connected to, and held up, all the other wire posts.

For obvious reasons, I could not leave it.

I'm making sure that Boo-ba-licious gets all his food.

Mumma, as much as she is ruling with an iron hoof, is not going to eat his food as well as her own.

It was a bit dodge there for a day or two, but I have control back of who eats what food again.

After our lovely Vet and I, working 49 days straight with Belle, having photographed both far away and close up, every single day, at roughly the same time, in rain, sun, wind and storms, today, someone whose intent was good, came in, put some form of creme on Belle, and completely fucked the photograph diary we had been doing.

It was not done in any malicious or nasty way, but it doesn't change the end result.

It stopped us dead having photographic proof of start to finish, closed wound.

It is incredibly disappointing.

So I was still a bit fragile today re Belle's wound and our photographic diary.

And did I mention that it was being used for Training purposes?

As a physcial thing to show what we had started with, the different stages, how we had used power feeds, minerals, vitamins, supplements, herbs, oils, balms etc.

From Day 1 to final, finished product.

So to be fair, I wasn't just being a bit of a princess.

But anyway, Mumma was super nice today.  She hung round me all day and nickered when she thought I had disappeared.  She was constantly, Come here, give your Mumma a cuddle.  It's ok, don't worry about your humans, we love you, it's going to be fine...

So I did eventually get out of my funk, and to be fair, it wasn't the first time someone has interrupted our Healing and it certainly won't be the last.

But when I went to see Belle, I found out what had been used, and it was just a Meh! cream.  Hadn't done us any harm, but hadn't helped either.  Just another cream.

I was a lot happier after that.

So back to Kanuaka oil.

So the Ute Tax came into effect today.

This is really important because:

The New Zealanders that this Tax affects - farmers, growers, rural communities, and tradespeople - don't have any other viable electric vehicle options.

Instead, all there is, is the LDV EV T60, with a limited range towing rate of one tonne, rear wheel drive only, and barely any ground clearance due to the EV powertrain and battery.

That's a joke for all horse people who have horses and need horse floats.

Horsefloats are classified as light trailers. Horse floats fall into the TB class - that is, a trailer with maximum loaded weight of between between 0.75 tonnes and 3.5 tonnes.

But wait, this is how the NZ Government replied to these concerns:

Agriculture Minister Damien O’Connor claimed to “understand concerns that there is a limited range of low emissions vehicles suitable for some purposes, such as off-road driving and towing large loads”, and that he and the Government “expect the market to respond and technology to develop quickly.”

And I had to put my beautiful Ossie down today.

Do you remember how everyone use to pick on her?  Then I picked her up and carried her round then everyone was nice to her?

Well, it worked out they weren't.

Over the last couple of days they had pecked her at night in the chookhouse, and unbeknownst to me she had got flystrike.

And I only found out when I saw her bum and went, Ewwwwww, why is your bum so dirty? and I picked her up...

I never, ever, ever want to see flystrike ever again.

Putting her down was the kindest thing we could have done.

I now know you only have 8 to 12 hours from when a wound appears, to fix it.  Once the flies have laid eggs and the maggots have appeared, you're on a countdown.

I found Ossie and her problem at hour 28.

The rest of the day was scrubbing clean the chookhouse, then chasing, catching and dousing all the other chickens and rooster.

RIP Ossie, I bloody loved you and the way you chatted away.

In hindsight, that Belle didn't get maggots in her wound is an absolute bloody miracle.

That's a kind of positive.

So I got given a wash for the chickens yesterday and used it last night, but it was so harsh I didn't want to use it again.

I mean, it worked, but it can't have been either good or pleasant for them so tried my trusty friend, Kawa Kawa.  Used it this morning and again tonight and it seems to have killed anything nasty.

Seriously, this Kawa Kawa fixes just about anything.

My chickens were far happier tonight, although a lot of squawking and hu-haaing about when I took them out of the chook house for spray time.

I have learnt though, that it is easier to catch chickens at night when they are all sleepy.

That trying during the day, even with a chicken catcher, is pretty much a waste of time.

And chicken catcher is a very optimistic term for something that does not catch chickens.

I have also learnt that once you flip a chicken on their back, they're like, Ok, whatever... and just lie there.

I'm a better person for knowing this.

And we got it with Belle.

I tried to put a photo up here for you but this computer has taken an active dislike to me, (trust me, the feeling is mutual), and won't do it for love nor money.

However, I'm trying to get a link sorted for you.

This of course, may or may not work.

Apparently, cannot work because, well, go ask the bloody computer.  However, check out Tania Kettle either on Facebook or Instagram and check out the photo montage I did actually manage to do.

I'm bloody proud of what we accomplished.

It's been slightly better people wise than last week, however, you can hear and feel and in some cases, see the frustration and dislike and absolute, Oh just go and fuck yourself Energy.

And there's been lots of lies.  You know, not little white lies or not quite the truth, but the good 'ol fashioned, mother ass lie.

And even when you catch people out, they're still lying, which is kind of funny.

Actually, it's not funny, it's just sad.

On a positive note though, I don't have to make dinner.

I can't say I've loved this week, things have come to my attention that I absolutely 100% do not like, there's been heaps of miscommunication and as I've already mentioned, some outright lying.

I'm also heartbroken that Ossie died, and how, but there was no way I could have known she was being picked on, there were no outward signs.

But in all those crap moments, there's been some real diamonds.

Can I say I've won this week?

But that doesn't mean I failed.

* Our horses love our colours and are super excited to wear them.

There is one thing that I have been wanting to do and every single time they are like, Which part of No did you not get?