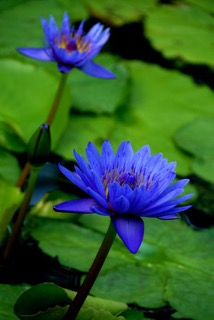 So with this crap weather we've been having Spirit have been making big changes again.

Another lemon tree, honey suckle and movement of pot plants on deck.  When you need to change with the Energy, things need to be in balance on all four corners, not just one area.

M and M's I believe are now a permanent fixture, so I'm not worrying about them anymore, eggs are back, I made a beautiful salmon pie the other day, which was just fantastic and homemade hummus and roasted cauliflower seem to be on the menu.  Although since I haven't been able to get folic acid from the sun, cauliflower would be my next go to.

Well, neither my silverbeet or spinach is ready so I can''t boil them up for the tea yet.

Belle is super happy and frolicking around the place, Cappy is over his sulk and just for future reference, I didn't give him a damn snack, and Mumma is her fine self.

Ralphy poo and Suz do not have jackets on yet, but soon and neither does Az.

But considering he rips his within days, I try and leave it until the darkest, coldest days before I put his new one on.

The cauliflower and home made hummus was not a good match.  Either the cauliflower had residues of sprays or it was totally too much folic acid in the hummus (I put lots of Nutritional Yeast in it).

Either or, but anyway, back to basics again.

I am seriously not happy with Spirit right now.

You know how I was talking about Spirit wanted some changes and I did, and was happy, well, I got up today and Spirit were like, Ok, you've done well, but we need just a few tweaks...

OMFG it was insane!

At one point I actually said, No way! but then I saw the benefits of it, I don't understand the logic but I got that yes, it needed to be done.

However, people were seriously annoying me with their manky ass attitudes and I found myself swearing a lot.  I mean, A lot.

I have to say here that I get slightly sick of older women looking down their snout at me.

I mean, seriously, it's not my fault their life is crap.  That they are with a man they not only don't love, but don't like, they have issues with their kids and are over worked, over whelmed and sad.

Those are not my choices and the next women who look down at me because I don't (can't) sew a button on, do not cook a night time meal, iron, house clean and/or hang a curtain, can go fuck themselves.

I am not, nor have I ever been, and working on that theory, I doubt whether in the future I will ever, fit in to the tradional women cateagory, and I am super fine with that.  My son is cool with it, as are my horses and the men I date.

So you know, stop being so damn judgey.  It makes you ugly.

However, I did get so frustrated today I actually called my neighbour and asked if she could come down and help because I was ready to throw something.

She thought I was joking.

The lovely person that she is though, did, fixed 90% of everything, and was generally a rockstar.

Anyway, as I'm writing this, the Energy is knock out amazing here.

I don't understand some things which were needed today, they make no sense but how many times have I done something and later it's worked out amazing.

I bloody hope it is the same after today's mammoth effort.

However, in having said that, there's lots of changes coming, and extremely positive ones, but if I'm being honest, I'm a little speed wobbly about things.

I'm a Cancerian girl and I do not like change, unless it is me making it, which I am not...I am super happy with my life exactly as it is right now.

But you know, there is change, and lots of it coming, so I guess it's just time to hold on.

So the last of our Healing is with Kanuka Oil so Belle doesn't scar.

It's really interesting because even though it's only been 46 days, for me, that's a hugely long time.

To be fair, it was the first time I had been dealing with this, however, in hindsight, we could have had a result in the early twenties and when I really get my shite together it should be 12 to 15 days.

In fact, over the past weeks I have learnt when to use a wipe, tea, spray, oil and balm.  That the same herb can be used in multiple ways for multiple Heals.

I'll be cleaner, clearer, smarter and more put together next time.

That is both awesome and chaos.

First off, damn that boy can run and secondly, he's a clever little munchkin.

It's the second part that caused the chaos.

I, in my it seemed like a good idea at the time decided to put him in the paddock by the driveway for a week so he could re-adjust to being at home.

After running up and down the paddock trying to jump the gate for 15 minutes, he then went, Wait, there's a little fence at the end by the pond...

So took off down there, promptly jumped it and claimed the rest of the paddocks as his own.

I freaked out, then came in no particular order, people yelling at me, me yelling back, Mumma kicking Boo-ba-licious's ass, more yelling at and from and so many Fucks flying around you would think it was a whole new language.

Once the Energy calmed down I had 3 definite things:

1) Damn that boy can run

3) Surround yourself with people who have as much passion for the horses and their welfare, as you do.

It may not always be a pretty picture as I learnt today, but it's a recipe for success.

I've either been trying very hard:

Because there are going to be a lot of unhappy people in the coming year.

Some of it is due to the choices they're making, and whether that sits on the guillible side, just not wanting to see or thinking that their partner, bit-on-the-side, NSA, or want-to-be-partner is going to change, well, there is just not going to be a Happy Ever After for them.

For others it is the way they speak and act towards their partners and expect to get something great and with still others, I literally can't breathe when I speak with them because I know what's coming.

I've never had to work so hard emotionally as I am right now.

But I'm seeing this so much.  People looking one inch ahead and basing their whole life on one sorta kinda maybe positive thing.

I fight for my horses and my home, and at all times if I am backed into a corner, I will come out fighting.

That's a good thing.  You want me to do that.

Because I love my life exactly the way it is.  I mean, don't get me wrong, I truly, madly deeply miss going to the races and trials and everything else horsey, but that aside, since I can't do anything about that, I don't wish to have change.

I love my house and my life and my horses and what we've created.

To be fair though, we are balanced on all four corners now, both inside and out.  I'm also super happy with the choices I've made so far, so no matter what I'm like, Everything's perfectly aligned.

I guess I'm freaking out because it's Game on now and I'm around so many people who are so much more experienced than me on a physical basis with the horses.

However, I need to remember, what I do and how I currently work and what I have already done is important too.

I've got these results because of who I am, not in spite of.

* Forgot to say last week, when Cappy overdosed on Wisteria I gave him Kawa Kawa boiled into tea form mixed in his feed, and a good dose of Vitamins.

Kawa Kawa is a Blood cleanser so it flushed the toxins out.

He was trotting round the place and back on his feed (and everyone else's) the next morning.

** Swapped pineapple and lemon juice to blending pineapple, whole lemon (minus skin and pips) and some fresh mint leaves (not too many!).

People don't have the right to get their jobs back, but they CAN now sue their employers re termination due to vaccines/mandates.

The companies and industries that DID do mandates are now being told to reassess immediately.