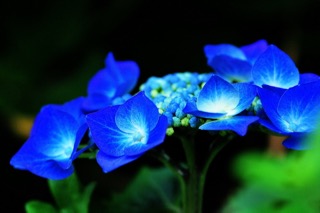 Our new Racing Colours got ordered today and should be here within 10 days!!

We won't be racing in 10 days, but we've started to get race ready.

Well, I've started to get race ready, everyone else is like, We're not ready, leave us alone.

So our colours are: black with bright fushia pink collar, cuffs, helmet and two stars.  One to the left and one down below on the right to signify, As above, as below.

This was chosen because of how I work with Spirit, that we work as one.

As it is in Heaven so it shall be on Earth, to perform the miracles of the one thing.

This design and these colours, were created in our friends kitchen on a Summers day (Liam was home and there, as was Nana), when we were all laughing and joking and making crap pictures of what we wanted, interspersed with comments of, How hard can it be to draw a damn star?

They were then submitted, accepted, and paid for, to Harness Racing.

But how funny is this, just the other day, I got sent an email re Astrology and in it they spoke of the ancient Hermetic texts that are almost 2000 years old, As above, as below.

So I need to share this because it is just too weird and oddly eerie:

The Sumerian poem, The Descent of Inanna (c. 1900-1600 BCE) chronicles the journey of Inanna, the great goddess and Queen of Heaven, from her realm in the sky, to earth, and down into the underworld to visit her recently widowed sister Ereshkigal, Queen of the Dead. The poem begins famously with the lines:

From the Great Above Inanna opened her ear to the Great Below.

The work then goes on to describe Inanna's descent to the underworld accompanied, part of the way, by her faithful servant and advisor Ninshubur.

Inanna is dressed in her finest clothes and wears the crown of heaven on her head, beads around her neck, her breastplate, golden ring and carries her scepter, the rod of power. Just before she enters the underworld, she gives Ninsubur instructions on how to come to her aid should she fail to return when expected. Upon her arrival at the gates of the underworld Inanna knocks loudly and demands entrance. Neti, the chief gatekeeper, asks who she is and, when Inanna answers, “I am Inanna, Queen of Heaven”, Neti asks why she would wish entrance to the land “from which no traveler returns.” Inanna answers:

Because of my older sister, Ereshkigal

Her husband, Gugalanna, the Bull of Heaven, has died

I have come to witness the funeral rites.

Neti then tells her to stay where she is while he goes to speak with Ereshkigal.

When Neti delivers the news to Ereshkigal that Inanna is at the gates, the Queen of the Dead responds in a way which seems strange: “She slapped her thigh and bit her lip. She took the matter into her heart and dwelt on it”. She does not seem pleased to hear the news that her sister is at the gate and her displeasure is further evidenced when she tells Neti to bolt the seven gates of the underworld against Inanna and then let her in, one gate at a time, requiring her to remove one of her royal garments at each gate. Neti does as he is commanded and, gate by gate, Inanna is stripped of her crown, beads, ring, sceptre, even her clothing and, when she asks the meaning of this indignity, is told by Neti:

Quiet, Inanna, the ways of the underworld are perfect

They may not be questioned.

Inanna enters the throne room of Ereshkigal “naked and bowed low” and begins walking toward the throne when:

The annuna, the judges of the underworld, surrounded her

They passed judgment against her.

Then Ereshkigal fastened on Inanna the eye of death

She spoke against her the word of wrath

She uttered against her the cry of guilt

Inanna was turned into a corpse

A piece of rotting meat

And was hung from a hook on the wall.

After three days and three nights waiting for her mistress, Ninshubur follows the commands Inanna gave her, goes to Inanna's father-god Enki for help, and receives two `galla', two transgender beings created "neither male nor female", to aid her in returning Inanna to the earth. The galla enter the underworld “like flies” and, following Enki's specific instructions, attach themselves closely to Ereshkigal. The Queen of the Dead is seen in distress:

No linen was spread over her body

Her breasts were uncovered

The poem continues to describe the queen experiencing the pains of labor. The galla sympathize with the queen's pains and she, in gratitude of someone listening to her pain, offers them whatever gift they ask for. As ordered by Enki, the galla respond, “We wish only the corpse that hangs from the hook on the wall” and Ereshkigal gives it to them. The galla revive Inanna with the food and water of life and she rises from the dead.

As in the Greek myth of Demeter and Persephone, however, one who has sojourned in the underworld cannot just leave it so easily. Someone must be found to take Inanna's place and so the galla demons of the underworld accompany her up to the earth's surface to claim her substitute. The demons try to take Ninshubur first, then Inanna's sons Shara and Lulal and even Inanna's beautician Cara but, in all these instances, Inanna prevents them because Ninshubur, Shara, Lulal and Cara are all dressed in sackcloth and are in mourning for her apparent death.

When Inanna comes upon her lover Dumuzi, however, and finds him “dressed in his shining…garments…on his magnificent throne” she becomes enraged that he, unlike the others, is not mourning her and orders the demons to seize him. Dumuzi appeals to the sun god Utu for help and is transformed into a snake in order to escape but, eventually, is caught and carried away to the underworld. Dumuzi's sister, Geshtinanna, volunteers herself to go in his place and so it is decreed that Dumuzi will spend half the year in the underworld and Geshtinanna the other half. In this way, as, again with the myth of Demeter and Persephone, the seasons were explained.

The modern translation is much simpler:

An archetypal myth of the journey each individual must take to reach wholeness. Inanna in this piece, so the interpretation goes, is not a `whole person' until she appears vulnerable before her `darker half', dies, and returns to life. At the poem's end, this interpretation asserts, Inanna, through her descent into darkness, the shedding of the trappings of her former self, confrontation with her `shadow', death of who she was, and final re-birth, is now a complete individual, wholly aware.

*  Went to feed Belle this morning and Hello! there she was standing there with a huge chunk out of her chest, a damn hole AND fur missing.

Called our lovely Vet and then my mate.

Then called Belle to move her ass over to moi, popped her into the stables and immediately gave her Healing herbs.

Mate turned up and hand on hoof, we could not find any blood, fence down, fur....nothing.

Anyhou, mate left then Vet turned up and Belle got given (Medical) drugs so Vet could stitch her back up, and she's on our Healing herbs now, mini feeds, epsom salt then Kawa Kawa baths, and as I'm writing this she's on the mend.

Peeps (not our Vet, obviously) are telling me she will be 2 weeks stabled.