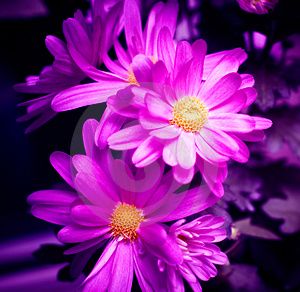 So now bloody Lily has decided to go Brood on me.

I now spatula her off and out of the chook house with a piece of wood.

But I tell you what, I have to be a bit quick about things because she hisses, spits, squawks, growls, bites and well, it's like having my own little demon.

And we have a Healing Pot.

No, not marijuana, literally a gorgeous black wooden pot that sits on my deck, with a fresh lavender plant inside.

This is where I put all things which could either:

Like the mouse who had the bad manners to get itself caught in a trap at 10.30 the other night.

He didn't kill himself instantly, just kamikazied round the kitchen with the trap attached, scaring me half to death.

I kidd you not, it took me half an hour to decide that:

a) I couldn't kill it

c) Shouldn't leave it for 8 hours while I went to bed and hoped that it had died in the night.

In the end I got the bbq tongs, lifted mouse (and trap) outside, put him in the Healing Pot, undid the trap (by now he was unconscious through either stress or over exertion) and left him there to either live or die.

He was not in the Pot when I got up in the morning.

Then a little sparrow had got into the made up horse feeds and apparently I had squished her, not realizing she was there.

To be fair, take food from the top bucket, not the bottom one, you nong.

So once I had found her, just before I put the feed into the horses bucket, I didn't know what to do with her.  If I put her on the grass the chances of her being stomped on increased exponentially, which was not helpful, so I put her in the Healing Pot.

She was gone when I checked later.

I think everyone should have a Healing Pot, it exponentially decreases your stress levels.

We have so much Spirit here it's mind blowing.

I have never, ever experienced anything like this before.

Anything which is electrical, well, you can pretty much stop expecting it to work.

I've never been able to be around clocks or wear watches, because they never keep time, but now it is like everything electrical is going like that.

Nothing is working as it should.

However, if I look at how my horses are, they are so good, I feel like somehow I won the lottery.

Mumma is just so snuggly and cuddly and amazing, it's cool.  Belle is super filly like and doing another growth spurt on me, and Boo is growing in ways that are quite impressive.

Az's hooves are improving, Suz is doing Suz and Ralphy poo and Chew are hanging out causing mayhem and chaos.  Well, Ralphy poo does it, while Chew gives instructions.

Foods' pretty much the same but I added in 1 watermelon and 1 rock melon this week, and today I started with juicing (1 whole granny smith apple - skin and core included, 3 smallish carrots- tops and bottoms included, 3 celery - minus the leaves, 1/4 of a cucumber - skin and all, and 1 whole lemon - I tried the whole one, skin, pips and all, but it made it very bitter, but adding just the juice is awesome) 2x a day.

What I like about this Energy is that it is making us cleaner, clearer, stronger, more put together.

That most probably makes no sense whatsoever.

But just think of it as multi dimensional levels.  Peel back one layer, there's another layer, then another.

All I heard last year was people complaining that they couldn't work and had no money.  Now all I'm hearing is that they can't work, they're having a holiday.

That they need to rest, recharge and rejuvenate.

Honestly, I just don't get that headspace.  I don't understand that entitlement.  If you need money, work.  And especially after last year.

But anyway, each to their own I guess.

Super miss racing but what can you do, I'm just going to have to ride this out.

This Energy is very, very quiet.  In fact, it's almost like a gag order as nothing is in the papers.

When the Energy gets like that, we've normally experienced a lockdown within 3 weeks.

That would be a bit unfortunate considering they are telling us that 97% of people are vaxed, and they said they would never lock us down again if we got to 90%.

Oh for fucks sake, that beautiful 3 year old in NSW who died of Covid, actually had a rare genetic condition and was palative.

Well, it works out that anytime I am in a shop I don't go into often, I always ask the girls if there are any new products in or coming, that I might be interested in.

And there was today.  Not in shop, but coming.

No mention of Soy, but since I have been caught on this before, I hunted down the rep and called her.  Who said she would get back to me.

But then we ended up having a bit of a chit chat and she asked what I was feeding him.  So I told her and she was like, That's a good feed. Have you thought about this?

Then we talked about doseages and stuff and sending pictures and Hello! I'm weighing everything tomorrow and sending it through to her.

Either I wasn't explaining my doseages properly or they are so fucked up she couldn't believe I was actually feeding that.

Honestly, it could be either.

To be fair, if Spirit are giving me a nudge to tweak food, then I need to tweak food...and Boo-ba-licious is big and strong, and he may just need more than what I am feeding him or a different combination.

Bring it on, ding dong.

Another one of Belle's baby Daddy's colts just won.

Bloody nice race it was too.

Made a teensy little mistake with my juicing.

I did not check my folate levels of the juices.  And how I found out was when anything sad came on tv or I read about it, I would start to gently weep.

It still took me a couple of days to figure out what was wrong.

Ok, so new juice is:

Just less than half of a fresh pineapple - with the core out and skin off  (I can't tell you for sure because my lovely peeps at my local fruit shop cut skin off, core, and then cut into slices for me), 1 granny smith apple - skin and core in, 1/4 of a cucumber - skin on, a little bit of fresh ginger and juice of 1 lemon.

Bloody delicious and a real body re-balance boost.  I have one first thing in the morning, and then after I have fed everyone out at night, although I'm going to try a little later at night, then nothing to eat or drink until the morning.

Pineapple has amazing qualities for regulating blood sugar levels, decreasing belly fat and losing weight.  However, this is the first time I have used it juiced, but it seems to work the same way.

You aren't able to make lots of the juice and drink it later though.

This only works fresh.

Bloody Spirit is doing my head in.

So Mr Naughty downstairs has decided to open and slam the back door every night about 9.30pm

Scared the fuck out of me the first couple of times it happened.  Now I just yell back, Cut it out!!

To be fair though, we had a Spirit that used to do it at our family home when I was growing up in Bucklands Beach.  We got so used to it, we were like, Meh!

And the house before that, when I came home from school, the tv and stereo used to turn themselves on and off.

We've always had Spirit, so you know, it might not be normal per se, but it's sure not un-normal.

Got to say it's still a little Alice-in-Wonderland-y.

As if there is a tear in the Universe, and everything is just a little off kilter.

Two deaths from Covid  - one a 30 year old man, but wait, if you read the article it actually states:

A man in his 30's died at home on January 5th.  He was tested for Covid POST death and returned a positive result.

And the Governments favourite phrase in the Universe:

The Ministry of Heath said both families have requested that no information about their loved ones be shared publicly.

While the study states viral warts can disappear "spontaneously," a similar effect has been known to some patients who've received the HPV vaccine.

*** But wait, about the HPV vaccine (this is the Human Papillomavirus used on girls from 9 to 15 years old to stop Cervical Cancer)...

Yet there are excellent medical and scientific reasons why many Doctors do not support the vaccine's use.

Since HPV vaccines were introduced seven years ago, it has been assumed that they would prevent cervical cancer. But the vaccines have never been shown to prevent any cancer, cervical or otherwise.

It has also been assumed for seven years that the vaccine is safe. Yet there have been thousands of adverse event reports. The CDC itself admits there are three times as many adverse events for the HPV vaccine Gardasil as there are for all other vaccines combined.

Compared to all other vaccines in the U.S. schedule, Gardasil alone is associated with 61 percent of all serious adverse events, including 63.8 percent of all deaths and 81.2 percent of all permanent disabilities in females under 30 years of age.

In fact, Japan, India and France have removed HPV vaccines from their recommended list due to safety and efficacy concerns. Unethical practices and serious post HPV vaccination injuries and deaths prompted the Supreme Court of India to initiate an ongoing investigation of the Bill and Melinda Gates Foundation.

The Health, Welfare and Labor Ministry of Japan also conducted a national investigation regarding post HPV vaccine injuries in its country. The outcome was the removal of funding and recommendations regarding HPV vaccines. Japanese officials concluded that the harm experienced by women taking the vaccine is overwhelmingly greater than any expected benefits.

Prompted by medical reports of post-HPV vaccination arrhythmia and motor neuron disabilities in children in Denmark, the European Medicines Agency is conducting an investigation of HPV injection adverse events.

Lawsuits for HPV injuries and deaths have also been filed in Spain, France, Columbia and America.