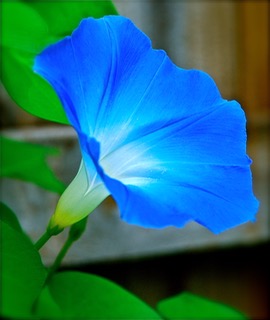 Mainly because everything seems to be working amazingly.

Mumma loves being with her tribe again, Boo is like, Whooooooooo....  and Caps is a bloody rockstar.  I've never met a horse that doesn't love him.  He's got a really special Energy around him, and Boo has taken to him and just follows him round.  Or stands there and eats with him.  If I look out and only see Mumma (breathe breathe) he'll be standing somewhere else, calm as, with Caps.

There's no flying and leaping (as I'm writing this) and no mouthing.

Boo loves being with more horses.  Actually, he is now with Caps (TB), Az (Welsh), Ralph (Mini) and the two bloody horned cows, Fenny and Flash.  That's really funny because as you know, they've been right prats, but then Mumma came out and they stand there like little lambs, No problem here...

Ooooohh....talking about lambs, The Big E has had a huge attitude adjustment.  He did not like the lead rope being swung around and so far (fingers crossed) him and I are back on track.  Unfortuntately, I now believe he's a rigg, which may cause us problems down the track.  This is a wait and see situation as I'm not 100% sure, but he turns like a rigg, which is not good.  However, as I'm writing this, we seem to be cool.

I love it when he purrs and waggles his non-existent tail though.  No shite, you actually see the stump wiggle.

And he's fat as a pig and cute as a button.

I spoke to my friend about The Big E.

She went, Remember the bull?

That was the shortened version.  The longer one spoke about having a 100kg sheep hurtling towards you, is like being hit by a speeding train.  It's going to hurt.  And you're going to get hurt.  And then came the stories of people we knew who had been hurt.  I know this to be true, because I personally know someone who had both their legs broken by  being rammed.  He'd gone to the property multiple times, there was no rhyme nor reason for it to happen this day.  Boom.  Broken.

Because I am a softie I did not, nor could I, home kill him.  However, I did call some cool peeps I know and he is going to live with them.  I've told them all about his little issues and they're cool with him.  I'm a bit upset and crying as I write this, because I remember him as a lambikins when he was only days old, curled up against me on the sheepskin rug, in front of the fire, watching tv.  Or being put in the microwave box, so he could come driving in the car with me when we went visiting or to the stables. Or night times when he curled up in his box, in the corner of my room and you could hear his little lambikin snores. Those were super cool times.

But if you were me, knowing what I know now, what choice would you make?

Stop being a soft cock, and get the fuck on with it.

I hope that The Big E's new home works out for him though, he's a super cool dude.

And wait, while we are on the, Shite doesn't rain, it pours, Fenny and Flash are also going to new homes and being swapped for little cows.  Apparently, big cows with scary ass horns are absolutely not 100% allowed to be with horses and humans (me).  Actually, I think what they meant was especially not little racing colts who are showing excellent potential.

They too will be swapped within the next week or so.

I got up and realized I had had a big hole in one of my paddocks, and just because I hadn't seen it recently did not mean that it had disappeared.

Which unfortunately was proved true.

When I had moved in, one paddock (the middle one) had had 1 large hole and 1 smaller hole.  When they did road works out the front, I asked them to fill in the big hole with their extra soil, and they did.  However, they did not fill in the not so big hole, because we thought it might be a drain of some sort.

So there I was walking the paddock this morning, then completley freaked out again when I realized that it was actually an open drain where the young one had been frolicking.

Went and fed out, shut gates, made fence.

Got herbs, had farrier, saw Belle and a couple of extra horses, played round with making new balms, shifted horses, separated cows, fed out again, cleaned stables, watered everything, and in between had my humans.

It's been bloody insane!

On a positive note, it's fucking awe inspiring to see how the herd complexities work.  Their dynamics are so intricate and complex - it's mind blowing.

And I'm literally watching Mumma and Caps co-parent.  How is that even possible?

They take turns watching Boo.  They're teaching him manners, herd dynamics and safety.  I find myself during the day, multiple times a day, just standing there watching them.  Often Boo voluntarily is with Caps.  Mirroring him.  Eating with him.  Choosing to be with him.

Watching what Caps does, then doing the same thing.

Other times I have watched Mumma and Caps stand either side of Boo, literally protecting him.

Mumma is always flicking her ears back though, to let everyone knows where she stands on any issue peeps may be confused on.  Which is awesome, I want to be like Mumma.

And I'm watching them teach Boo how to be safe.

Mumma's also getting a break, and I'm happy for her, she must have been a little exhausted raising him by herself.  Well, to be fair, he is exhausting.

Anyway, all jokes aside, I'm literally watching the horses have feelings, no, that's not right, I'm watching them communicate emotions.

Oh...almost forgot, watch out for numbers 621, 622 and 635 in your food.  I've noticed some healthy snacks have this number (621) and it's MSG, baby.  I realized this (when I actually checked) after I started eating 900 calories more a day.  I was always hungry.  Then I got weird cravings.  Like apple turnovers with cream.  I don't even like them, and it would have been years since I had had one.

When I got that craving (and bought and ate one) I was then checking to see what I had done to upset my balance.  Because my body doesn't do weird random shite, it always has a reason. Like when I have a craving for pork crackling, I know I'm sick.  I may feel fine, but my body's not well.

So our lovely Vet was out today for Boo's last vaccination.

It was cool, Boo's real chill with stables and random humans, and today Mumma and Boo were in the stables and Caps was outside, hanging his head in.

Caps met, and had a chat with our lovely Vet, as they hadn't met before and generally, it was easy as.

Boo and Mumma came out straight after the jab, and Caps, Mumma and Boo just hung round.  Boo was a dude, showed extreme manners, which was nice, actually, it was unbelievably great, and had a scratch, with no mouthing or other less than positive traits, but did, naturally, have his boy bits out.

I actually think that he is just so proud of it, he can't help himself.

But it's awesome watching Caps and Boo.

Mumma is very definite in her way.  She goes from 0 to 100, if you look as if you might be upsetting her, and has no problem kicking and flattening ears back with any horse. Actually, Mumma can flatten her ears straight back within .03 of a second.  Allthough, she can be super sweet with humans.

But Caps is so much gentler.

He has a really quiet, but masculine way.

So Boo keeps following him round, like a little groupie.  I was watching them today and Caps was like, You want someone to move away, lower your head and put your ears back slowly, like this...

Then he showed him.

So I thought that the cows were looking a little light.

A bit weird because lots of grass and they were getting fed.  So I couldn't understand why.

Until I was out doing the water tonight.

As I'm standing there with the hose, Flash hoons past me at full tit and I'm like, What the... and then Boo is galloping past me!!

The cows are terrified of the colt.

Not only did Mumma train them to not just stand still while she ate, but she got them to do so in the paddock over so they didn't annoy her.

Then she taught the young one to do it!  With extras.

So he will spot a cow somewhere, get a run on and these cows, big, fat, fully grown and with big ass horns, turn tail and run away from him.  They scoot between paddocks through gates, up hills, down hills, until they give up, and just stand there breathing heavily.

Head down, exhausted and defeated.

In which case, Boo just turns around and prances back to Mumma.

Unbelievably crazy busy. Super fast Energy and things have either been amazingly great or suckful bad.

But there's also been new dynamics, new rules, new behaviours, new bloody everything.  So I'm working really hard, trying to get it right.  Then people want to speak to me about the herd, co-parenting, teaching, dynamics etc.  Then the actual time I spend just hanging out and watching, or being or Touch/play-ing with them.

And when I was outside just before, calling them to come up, Caps, Mumma, Boo and Ralph, galloped up in a line from the bottom paddock, all in sync, with the sun going down behind them.

It took my breath away.

* Ok, so it's worked out that I've upset a few peeps, so in the interests of being nice and friendly like, let me clarify a few things for you:

3) Yes, I actually do, and totally believe in, Touch/play.  This walks hand in hand with, Touch as a full and complete Language.

4)  Yes, I'm a true Anti-soy advocate because of it's DNA and hormone disrupting qualities, and yes, I do herbs.  Quite a lot, actually.

5) I also make my own balms.  They work well for me and my horses.

6) I'm not, as I'm writing this, a lesbian.  However, I am old enough to realize that things can, and often do, change in an instant, so ask me again tomorrow.

7) If I'm not sleeping with you, then it is because a) You haven't made your intentions clear or b) I don't want to.

I make my own.

9) To the guy that is asking around about me, just pick up the damn phone and call me.  I'm pretty sure that I have the answers to the questions, that you have been asking about me.

10) To the guy who is doing nothing but sending me nasty, ego based and just fucked up ugly texts, messenger, Instagram etc.  Fucking stop it, before I really lose my shite.

This is why I originally said No to you...Energy doesn't lie.

I will do what I want, when I want, how I want, and with whomever I damn well please.

My tan is real.

It goes all the way up.

There are no tan lines.