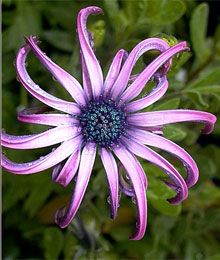 So Mumma was extremely bad tempered today, and was either lunging at Elvis through the fence with teeth showing, or literally standing on me wanting Touch/play and for me to rub her back.

She was like, There...just there....complete with facial movements and general Oooooooohhhhhh that's good.

I love Touch/play, but am slightly less keen on it when Mumma is bad tempered like this.  The funny thing is though, is that this is the time that it is needed the most.  When you can immediately make a physical difference.

Elvis also doesn't seem to get that Mumma is not keen on him.  He likes everybody, so just thinks everyone likes him back.

I did growl Mumma about being mean to Elvis though.  Re-explained about family, and how we are not mean to others just because they are different to us.

As Mumma said, I didn't actually bite him.

On a good note though, Boo is happy and healthy and ready to come.

Bloody Az has been hoovering up all and every bit of grass he can, and has given himself sugar hooves again!

So moi was shifting everyone around in paddocks today.  Which technically should have been a walk in the park.  However, there were a few gate issues.  Shutting them was fine and moving Az, Ralph and Chew was also fine, but the bug was Cappy.  He missed seeing Mumma and got a bit, well, you know, thoughabred-y.  So I had closed the gate on him to move Az, Ralph and Chew and then couldn't get him away from it long enough to re-open it.

Because he kept prancing up and down the fence and every time I got close to opening the gate, which swung out to where he was prancing, he came too close.  So either he took the risk of being slammed into by the gate, getting legs/hooves all tangled and scared half to death, or I opened the gate and took the risk of being run over by one extremely excited TB.

I tried a few things in a few different ways, but it just ended up being him stepping back a few paces then coming forward again, so I refused to open the gate.

Chew wasn't very happy as he got stuck on the wrong side of the fence, too.  Just the opposite side.

In the end I waited for dinner time, fed everybody right down the bottom paddock and while Cappy was munching away, I scooted up to the top paddock and opened the gate.  Chew shot through and hooned it down to his dinner before Cappy or Ralph ate his as well as theirs, but everyone as I'm writing this, is super happy.

And Mumma had her Wellness check today.

Awesome!  She's relaxing in her butt, Boo's moving well and often, Mumma looks great, heart rate fantastic, bags down and vulva as it should be.

Instructions re when Boo is about to be born, who to call etc were re-given.  But it's all sorted, One Vet lives close and will come as soon as I call, another will come immediately (the one who is on call) and they will also talk to me on the phone until one of them arrives.  If Mumma has Boo without my input, then Vet will still be called for a Wellness Check.

To be fair, we've got it covered, well, at least in theory.

An Belle is growing the most beautiful mane!

It's literally turning blonde from the ends back.  You know she got my blonde, right?  My blonde just moved out and went and lived with her.

And the funniest thing in the Universe?

When I do my Wellness Check last thing at night, every one of my horses answer as I call them by name.  Mumma tonight was like, Yeah, I'm here... as I'm flash lighting her.  To be fair she had answered twice before, but unless I physically see her with my own two eyes, I stay until I do.

So she calls me until I put the flashlight in the right place, then turns on her side so I can see the whole of her.

She is so damn cute.

And I've turned into that woman.

You know the one I'm talking about, the one that has 20 million different jackets for one horse.  Well, I'm not quite that bad yet, but let's just say that Caps has put his hoof down.

So first he wanted his jacket off today because the weather was just gorgeous.  Then he didn't want his jacket put back on.  Then changed his mind.  Then didn't want his Winter one put back on.  So there I was hunting around for last years Winter (light) jacket which might just fit him.  Found it.  Took it back and then the littlle Diva sniffed it to make sure it wasn't this year's (heavy) Winter one I was putting back on, then checked it was clean, fresh and bug free and only then, would he have it put on.

Anyway, Caps now has two jackets and is eyeing up a third.

And on a different but same note, it works out that Belle may not be growing a gorgeous blonde mane and is instead, bleached by the sun, and when she goes into work it will be cut and trimmed into the right style.

So she will have a black mane as per usual.

And last but not least, Spirit are playing big time here.  I put things on Instagram and they get taken off, disappear or go back 3 months, weird things are happening at home with things being moved, and generally Spirit are causing chaos and mayhem.

However, there will be a method to their madness.

You know periodically I have freak out moments though, like today for a few hours.  When I heard again about horses misbehaving, but then watched them being not just fed, but over fed Soy, or I hear, Don't baby a horse, they're race horses or If you touch a race horse too much they won't run or Don't feed your horse so much, you're spoiling them or Only professional horse peeps that know what they're doing, can raise race horses.  You know, at those times I do freak out.

Because my thoughts and ways are very different to the general consensus, and quite unpopular at this moment in time.

I'm very vocal about the Breed and Leave or Cowboy Wallet mentality.  I also challenge you to know what you're feeding your horse.  Really know.  I'm a huge Anti-Soy advocate and that won't change.  Because Soy is in over 90% of horse feed, and it is a known and scientifically documented Hormone Disruptor.  That's a real concern.  For any horse, but especially for pregnant mares and foals in uterus.

But, I hear you say, These feeds are made up by a Nutritonist.

And paid for by the Feed Companies who make the food with Soy.

What I'm talking about re Soy as a Hormone Disrupter is documented by Scientists though, if you bother to look for it.  I'm not just making this shite up, so I can hear myself speak.

And while I'm on my high horse around Soy, ask yourselves these questions:

If Soy is ok, why are companies hiding/changing the name of Soy in their products?

If Soy is ok, why are companies putting "No Soy protein" on the front of food, but in very small print on the back, "Includes Soy hulls"?

If Soy is ok, why are our men getting breasts and Breast Cancer?

They literally, can only be getting this if there is something wrong with their hormones.  If their hormones have been disrupted.

Men who are in balance with steriod and testosterone levels, absolutely 100% cannot, develop breasts.  It is a physical impossibility.

So, if that's what a Hormone Disruptor can do to a fully grown, human male, what do you think it does to your pregnant mare and especially your foal in uterus?

Horses are not humans!

Correct, they are so very much more intune and sensiitive to, and with, their surroundings, Energy, food and ways.

We are Scientists, we have got the correct doseages for horses.

Oh, no, no, no, no and NO.  You think horses don't have feelings or emotions or can process thoughts, so that in itself is a concern.  However, taking the previous comments above into consideration re horses being super aware and sensitive, anything you put in the food will hit them harder, faster and have deeper reactions.

And lastly, If you are doing everything right with your horse, and it is still doing the "Batshite crazy, mambo dance", what do you think might be going wrong?

But wait....we also are sold stuff to put in our horse feed here, that has been banned overseas.  Stuff which they call overseas, "Round up Ready" which literally means a plant that has been genetically modified to withstand the poisions that kill all the weeds around it, but not the plant itself.  Do I really need to say that it is also a known Hormone Disruptor? Or that there are known long term mental issues that arise from using it.  Depression, Anxiety, Dementia and Alzheimers just to name a few.

Nope, no one seems worried about that.  If it gives Instant Gratification results, everybody is in.

And that's not good enough for the horses.  That there are not more accidents, say how much the horses really try to work for, and look after, us.

I'm also a huge advocate of herbs for horses, keeping it natural, working with their natural rhythms.  Again, this belief isn't too popular.

Add into that Clair-sensing, Touch/play and Touch as a full and complete language and there are so many ruffled feathers flying around, well, let's just say, there are a lot of peeps who aren't too happy with me right now.

So yes, periodically I do freak out.  That everyone else is right and I'm wrong.  That the way that things have always been, is the right way.

But then I was home with Mumma today, and when she saw me she started calling, because she was waiting for her Touch/play, and then there I am working with the Clair-senses again, using Touch as a language, feeling my way, communicating and talking, and Mumma's talking back.

And I remember again, why I'm working so hard to change the way that things have been...

Because there is nothing, not one thing in this Universe, better than this.

Really unusual Energy here at the moment.  It's extremely high.  Mumma's off most of her food and has been for a couple of days now.  I mean, she still wants her feed, just picks the stuff she wants and leaves the rest.  But the weird thing is Caps, Ralph and Chew haven't left her alone this past 24 hours.  Where Mumma is, so are the boys, with a small wire fence inbetween.  And Mumma won't let me anywhere near her today.  She was a bit funny yesterday, but her back hurt last night so she was like, Ummmm....Tania.....

Today was a completely different kettle of fish, And you can fuck right off...

On my Instagram Tania Kettle you will find documentation/info on Soy etc.

So that's been our week:  I love the high Spirit Energy, well, the bits I understand, and it is just so damn exciting waiting for Boo.  It's awesome and busy and crazy and cool.  Sometimes I still get unbelievable periods of homesickness and disjointedness, but then Spirit are like, Wait...hang on... and within hours, they've sent peeps or invitations to keep me anchored and connected.

Sometimes I can also see things not working the way that I would like, and at those times I really need to hold myself back to stop myself from freaking out.  However, I also remember Spirit, Go back to your Belief System and trust your process.

Take what you need, baby, leave the rest.