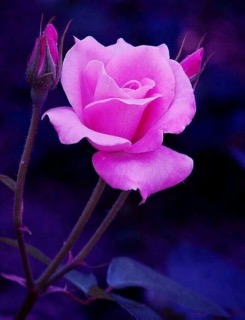 We've had some good moments here.

First off, Mumma had her hooves done today.

She was a little stand-off-ish to start with, and did Caps trick of just trotting a little quicker than I could walk when I went to clip the lead on.  That's a fine trick by the way.  So I left her and we did Caps, who was his normal rockstar self, and just stood there getting his hooves done with not a care in the world.  Az was next while Mumma just stood there watching out of the corner of her eye.  When I walked up to her after Az had been done, she let me, and had her hooves done acting like the very cool, legend like Diva, that she is.

Now overall, this whole deck thing is working well.   People come and go and she's always being talked to.  She still doesn't like every man and his dog trying to pat her, however, she loves the young one.

So anyway, Suz is not 100% keen on the stairs up to the deck though, as I found out today when she point blank refused to go up them.  We had a few tries and it was a no, no, no and no from Suz.  So I went inside and said to the young one, I need to borrow you to get Suz comfortable with the stairs.  Then went and had a pee.

The next minute I come back, and the young one and Suz are standing at the french doors on the deck.

Suz just standing there, all blonde hair and brown mooshie eyes, next to the young one who is like, So what are we supposed to be doing?

It's nice to see everyone working, or not, but either way, it's always fun.

Just as a side note:

It's not that I'm against you shagging married men or men in relationships, I just don't see the point.  Because the most important quality a man (or woman) owns, is not money, it's loyalty.  They have to have your back.

And a man that fucks around with you, will fuck around on you.

And they have no respect for either you, your home or let's face it, themselves.

Or as my old Nana used to say:  You can either learn the easy way or you can learn the hard way, but either way you'll learn.

And OMFG Mumma is having baby Boo in 8 weeks!!

Jezus, I took my eye off the ball timing wise on this.  I thought I had months to go.

Anyhou, the big dilemna is whether Mumma foals at home or back at the stables.

If by some chance Little Boo dies, if Mumma is at the stables, I will get a new insemination because I did everything right by being in a Professional stables.  Also, if Mumma gets into trouble, there's help immediately there.  I also have a great relationship with everyone at the stables.

2) Mumma's last birth was like 12 minutes and she was fine.  So was Belle.

Things that are worrying me about birthing at home...

1) I have no fucking idea what I'm doing if things go wrong.  Mumma literally is birthing herself.

2) What if Caps doesn't like the foal and attacks it?  Is that even possible?  Is this what geldings do?

3) What if Mumma doesn't let me touch her foal?

Now I've got that out of my system, we've done ok so far.  It's been a crap winter - bloody cold and wet.  OMFG wet but we haven't just survived, we've thrived.

Mumma is in fantastic condition, Little Boo is happy and the vibe around everyone is awesome.  Mumma is communicating freely and willingly and if you have a sense of humour, then Little Boo had so much running with Mumma when she first got here that he (or she) should hit the ground running.

Food has been all natural and easy.  No soy, lots of herbs.

Mumma's tummy has settled down and she's so much more relaxed.

And I want to do so much more Touch/play with Little Boo.  I want Little Boo leading within days and I want to try to have him/her on a float.  I think I have got that organised but things might have changed, so this is still up in the air.

But that's the plan and in theory, it's a bloody brilliant one.

To be honest, I can't see an inch in front of my personal face at the moment.  I can see for you, no problem, but for me, I'm trusting Spirit like I have never trusted them before.

Big hugs and horsey kisses from us here, to you there.
Caps, me, Spirit, Az, Ralph, Chew, Suz, the Big E, and of course, my beautiful Mumma Bear, Belle and Little Boo.
xxxxxxxxxxxxxxxxxxxxxxxx