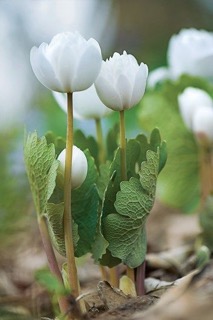 The little ones are hilarious.

They've just got to the stage where they know they've got their game on.

So every morning they run up and they're showing me things, like legs.

Check out my legs, Tarns... and then throw the leg out straight and strike a pose so I can actually see the silhouette of it.

Tarns, Tarns, my butt grew last night...and then it's right there in my face.

I'm like, Aren't you gorgeous!  Look at you! and then compliment whatever piece of anatomy they are currently impressed with.

But to be fair, they are absolutely gorgeous.

The big horses in the next paddock were all hanging round watching today and I was like, Am I doing this right?

They were like, Are you getting what you want?

I actually think I am going to start using that with my humans though, because that phrase is like a whole Universe in itself.

But talking about that, Nana and I often talk at the races about horses that have confidence when they hit the track.

They are like, Check me out, look at my legs and my butt, I've got my game on.

So my question is: Are the horses taught by compliments and the way they are touched to be strong and confident or do they become confident by winning?

A bit like the chicken and the egg really.

On another simiiar but different note, this time around Mumma's pregnancy has been way, way different.

First off, she was weaned, came home with Belle and then sort of weaned again.  Then Belle left.  So there was a bit of a tizz around that and Mumma, if you remember, was galloping up and down the paddocks for a fair few weeks.

Then she went into our herd.

And fell in love with Caps.

That didn't happen in her last pregnancy.  She was by herself, apart from me, the whole time.

This time she has had horsey support.

And is loving it.

Where Caps is, she is.  Periodically she wanders off, then comes back.

And she's such a sook.

If Caps says, No.  Then No it is.  And she's better with the little ones, not perfect mind, but she understands that she is part of a family and there are certain rules.

But all jokes aside, Nana reckons that all pregnancies are different and we can just expect another kind of foal.

The biggest difference I've noticed though, is that her tummy balance has gone back.  In a good way, like in the way it should be.  So I've been able to feed differently this time.  Obviously still no soy, and just let me say, there is so much soy in human food, you should be checking the back of your packets every time you go to the supermarket, but Mumma's food has been different, too.

I'm not saying that I got it wrong when she was carrying Belle, because I didn't, my only goal in any pregnancy is to make the Mumma happy and keep her, especially her tummy, in balance, and that's what I did.

But like that old Maya Angelou saying, When you know better, do better.

So Caps has been in the Welcome Paddock shelter for a couple of days now.

First off, I didn't worry too much about it because the weather was crap, but then it got odd, because he's always moving round the place and always at one time or another during the day, at the house.

Normally because he wants a snack, but even so.

But no.  Moved into Welcome Paddock and refused to move out.

So there I was today, feeling his ears.  Well, many years ago I got told how to tell if your horse is cold is to feel his ears.  Could be an old wives tale, but seems to work well.

Had a feel of Mumma's, hers were crazy warm.  Like snuggle bug warm.

Caps was chilly, bordering on freezing.

Down to the shops to get a new winter jacket.

Just as I was about to put it on, a friend turned up, so we had a snack and then headed out to see Caps.  Felt ears again, just because I could, and then popped new Bring-on-the-snow-because-I-will-never-be-cold-again rug.

Then my friend was like, Take him for a walk...

He got almost four steps before we realized that his ankles were all puffy.

Works out that he had been standing in mud by the fence, and when he does that he goes all swelly like.  And as soon as we talked about it, I remembered he was like this when I first got him.

He bloody hates the mud.

However, as I am writing this, he is as snug as a bug in a rug and loves his T.

Just checked Cappy, his ears are all warm.

Remember when we were having a chat about jackets and I said, No because of all the vitamins and minerals from the sun?  Do you also remember when I said I had also seen horses who viewed a jacket as a status symbol?

Well, Caps is the boss here and is currently wearing a winter snuggle bunny jacket.

Az is not currently wearing a jacket, because he munts his every year within weeks, and sometimes if I'm lucky, they have a rip within days.  He's shocking. So this year I decided not to buy one for him.

All the little ones wear one at home.  Chew literally panics if it gets a chill in the air, and because of his past, looks at his jacket as a cuddly rug.  Same as Ralph.  Even Suz loves her jacket once she gets it on.

Which brings me to our issue:

Mumma does not have a jacket.

Her ears, which I feel every few hours, are mostly warm, but emotionally and herd heirachy wise I am doing wrong by Mumma.

I am not just telling her, but the rest of her herd, that she is the lowest on the horsesy totem pole.

But I really, really do not want to give her a jacket.

On a funny note, she knows that feeling ears is a prelude to a jacket, so she looks at me hopefully when I do it.

As I'm writing this though, I haven't bought her a jacket but I can feel myself weakening, because I know how important the herd hierachy is, and also how I personally interact with my horses.

I'm disrespecting Mumma and somehow need to fix it.  I'm desperately trying to think of any way other to fix this faux pas other than a jacket, but if I'm being honest, I'm failing miserably.

Then Az will also need a jacket.

On a positive note, I'm totally into the complexities and intricacies of the herd and how they work, and my tribe consistently do, and currently are, showing me.

But before we sign off on this, the other considerations are:

1) It is 2 degrees colder here than where Mumma used to live, and this winter is vile.  It is way colder than last year.  And wetter.

2) The babies are not wearing jackets and are, as I'm writing this, in great spirits, running, galloping, playing and generally causing chaos and mayhem with flair and panache.  They live at the end of my road, maybe 3/4 of a km away and they are perfectly fine.

3) Nothing replaces the vitamins and minerals a foal in uterus gets directly from the sun, even in winter.

4) Mumma's well-being is my number 1 priority.  Mumma needs to know that her wants, needs, desires are there to be met, and will be, and last but not least...

5) Belle is strong and an awesome foal, in whichever way you judge that.  Part of that will be because Mumma didn't wear a jacket last winter.

How much, of course, I don't know.

Got up this morning and the weather is gorgeous!!

The vitamins and minerals that the sun is giving Mumma and Little Boo today, I can't buy.

And within a few hours it was freezing here.

So I went down the road to my favourite girls and bought some rugs.

1) My herd, and the heirachy that works within it.  I was doing Mumma wrong.

2) When it comes down to foal in uterus and Mumma, I always choose to work with Mumma first.

A happy Mumma is my first, main and if I'm being honest, only goal.  If Mumma is happy, loved, feels respected and 100% looked after, she's going to make a beautiful foal.

It was 5 degrees last night, and the car was iced when I got up this morning.

And Mumma's super happy all jacketed up, but so she should be, she's wearing a 220.

Unfortunately, no Touch/play as she absolutely, 100% refuses to let me take her jacket off.

To be fair, I don't blame her.

We are so freaking busy, it's crazy.  I deal with things in order of emergency, urgent, important and try not to sweat the rest.  Mostly it works.  I wish it would stop raining though, and can't wait until there is sunshine for long, long hours again.

Spirit are also standing strong with us, and as much as they tell me there is mucho needing tweaking and polishing, I live every day and am truly grateful.

Oh, there's also been a repeat phrase that has kept popping into my head over the last few days, There is no such thing as women in business, there are only successful business people.

Bring it on, ding dong.

Big hugs and horsey kisses from us here, to you there.
Caps, me, Spirit, Az, Ralph, Chew, Suz, the Big E, and of course, my beautiful Mumma Bear, Belle and Little Boo
xxxxxxxxxxxxxxxxxxxxxxxx