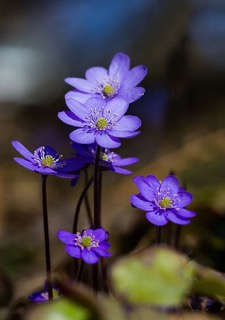 We had a fantastic play date today.  Belle is all good with the rope and overall is pretty Meh! about the whole thing, which is just awesome.  She also now has the halter all round her body - legs, back, tummy, ears (I'm super proud of that one!) and happily puts her nose in the halter.  I don't leave her nose in there, but she happily puts it in.  She has no problem with the buckles, and I'm truly happy with our progress.

I still find it challenging not to rush, but I'm learning that the language of Touch/play is the journey, so I concentrate only on touch and how to fine tune our language.  It's working really well for us and is a huge amount of fun.

After being so "It's all good" yesteday, Touch/play was really messy with Belle and me today.  Mostly me.  Ok, ok, all me.  But to be fair, now that I have looked at Touch/play as a full and complete language, my whole headspace has changed towards it.  Think of every letter or word you write, but spoken in touch.

Anywho, back to why we were messy, the rope I was playing with was too long today, and while I was putting it round her neck and stuff it was clumsy.  So we (I) didn't get it right.  I'd get the rope around her, then get confused as to what hand to let go so rope was loose.  Got it wrong a lot.  So I kept having to go back and do it until my hands understood.  It took a while.  But this language is a two way thing.  I can't do it badly and then blame Belle.  I have to polish it, and right it, and make it shine.  Be an artist in my own right.

So success wasn't as obvious today.  It's ok though, we have days like this.

And on a lighter note:

Mares: You're annoying me, Tania.

And someone told me that horses love watermelon: Ralph, Chew, Az and Suz do.

Caps politely spat it back out.

And I missed the races tonight!

That was a bummer because I really wanted to go, but my times just didn't work.  Actually, that's not 100% true.  I couldn't get everything I wanted to do, done, plus go to the races.  Belle and I have goals this weekend - we want to take some video's, trials tomorrow morning - which I love going to and very rarely miss, Karaka Sunday/Monday - and you know how much I love Karaka, and Sunday morning at sparrows fart (6am-ish), I'm off to the beach with the horses.  Super excited as I've never been, and I've always wanted to, plus my humans, and I'm also working seriously hard with cupping/acupuncture twice a week.  The cupping/acupuncture seems to be working, but the process is not easy.  However, I'm getting results.

I'm really mindful though, that while I can see all the bruising/toxins coming out (and there's a lot which are dark and big and purple), that I need to look after myself.   However, I understand that I'm working in an extremely specialized field with the Clair-senses now, so there are going to be lots of toxins and extra stuff lurking around.  I'm working on the theory that when I'm more polished in this field, then the toxins will be less.  Or I'll get better at processing them.  Possibly both.

Did trials then did a surprise trip to the pools with the horses.  Super fun!  It was a bit odd when I was first standing there.  It's a huge pool that they walk into, then swim to the end, turn around and come back.  Our horses had never done it before, so there were four of us, guiding the horses (one at a time).  Two peeps in front, 2 peeps behind.

Don't let go of the rope.

But all jokes aside, it was a huge amount of fun.  The horses loved it and I learnt something new.

Then went back to the stables, played with Belle, and did some video's.

Mares somehow managed to score a third feed out of me today though!  She consistently munched while Belle and I played, and when I went to leave she was like:

I was like, You did not work.  Belle possibly may have worked, but even so...

And being a soft puss, I gave her another 2 buckets and left hay.

Well, to be fair, she's a bloody brilliant brood and fantastic Mumma to Belle.  Periodically, I can bend the rules.

To the beach tomorrow, home for a shower, then Karaka.

We are still waiting for a new tank, so moi found herself at 10pm Saturday night, taking the hose out of tank, after Tui had come over and given me his water again.

We're now going through a full water tank every four days, which is super annoying, because this has been going on since the 31st December.  However, I can say we're luckier than up North.  They don't even have water.

We have it, we just can't keep it.

Anyway, it was pitch black, and for some weird reason the hose wouldn't budge.  Normally it would just pop out from top of tank, while I stood down the bottom.  Nope.  Refused to budge.  So, and in hindsight not my smartest move, I put the torch down, put both hands on hose and pulled with all my might.  Nothing.  Re-positioned myself and just at the point where I went, Wait... the bloody thing came whoosing out, I went ass over tit, shoulder and then head within, I swear, .3 of a second.

Not my best work.

However, on a bright note, I could go and have a hot bubble bath with epsom salts and lavender oil.

Let's just say that was a mixed bag, and leave it at that.

What a fantastic morning out at the beach today!

The horses loved it, once they got their mojo going, and after they had had a run, we took them into the water.  That was fun!  A bit weird for me to start with because I had never taken any horse to the beach, so taking a racehorse was an experience.  But I knew these horses well, they are all awesome and together we had a great couple of hours.

Another tiny step to being a better horsewoman than I was yesterday.

And Karaka was awesome!

I swear, I have seen every Mare's Daddy Stallion yearling in the North Island.  That's Mares Dad if I confused you there.  I can see who has been bred badly, ie: they have bred weakness to weakness, yet I've seen some real stunners.  Good conformation, nice natures.  I've also seen some repeat "qualities" of the stallion that Mares too owns.

There have also been some other bonuses - people from all walks of horses have been having chats to me.  Some from the peeps who physically look after the horses boxes and leading them etc, some who have some serious money and everyone in between.  It's been great!  I've again, learnt more to take back home with me.

And Belle is awesome.  I particularly went to check her out in relation to her condition and conformation vs other horses.

If Belle and I can keep this up, she'll be a stunner.

Second day at Karaka today.  The sales part.  It was fun and extremely social, some of my best friends were there, so I ended up just sitting and chatting, having something to eat and meeting their friends, as they came over to our table.  It was cool. I did get a little bit of work done as soon as I got there, but not much later.  Not anything like I expected.  However, I got some good foundation work done as to where I'm going with the horses, and the second day is always the extra bit.  It's important, but never the main part.

Although to be fair, I would never have picked the $210,000 horse, so maybe I shouldn't be patting myself on the back too much.

Overall, the last two days have been good though, showing me where our strengths lie and where I might fall down with weaknesses.  What we're doing right, and what we need to fine tune and polish.

I'm seriously happy though, and it's made me more determined to work smarter, harder and clearer, to keep this momentum going.

Left early to see my acupuncturist.

So that's been our week:  I am working really hard with the Clair-senses.  I'm realizing how truly important it is to clean and cleanse them, to keep the Energy clear.  So I'm fine tuning as much as I can, consistently polishing, sometimes coming to a dead-end, sometimes finding a new path.

But there's also been some great things happening, things which challenge me to be better, stronger, more powerful and empowered.

It's been a stunning week.