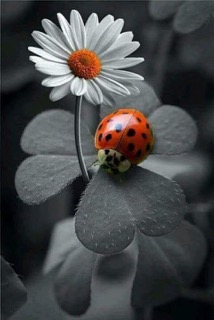 So someone's stealing from me.

And I'm fucking filthy on it.

Now first off, I've been in business going on 26 years now, and have come across just about every con going.  In fact, I'm easily on the second trip round, possibly third.

Some con's are base Energy and have no style, and I'm like, Really?  I mean, seriously? while others are literally a work of art. A little Je ne sais quoi.  Some others you just back your fine ass out the door and shut it quietly behind you, No problem here... some cons hurt my soul to watch, and a minority, unfortunately, are unbelievably clever and you have to have a begrudging respect for.

And this is where it's a little tricky for me because 100% of the time I want to say something, and 100% of the time Spirit tap me on the shoulder and go, Shush now missy, this is not your business.  Just do the work you're supposed to do.

However, this rule does not apply to my family, horses, home or money.  Under no circumstances will I lie down and take it.

I'm a straight shooter, and I expect the same from you.

So, after having the best time EVER over the last few days, I find out someone's been treating me like a c**t.

This is not normal behaviour.  And certainly not towards me.

But it works out that this nicking has been systematically happening and today, smack bang in the Christmas period where it's going to be almost impossible to get what I want, I find someone's been taking the piss.

Because I'm out of what I need.

Fortunately, or unfortunately, depending on which way you look at it, it works out that I can prove when I bought it, the doseages I have been using (because someone else weighed it for me to the milligram), how long it should have lasted (until the 28th January) which means, well, in black and white terms, someone's been doing the five finger mamba, commonly referred to as, I've just been had over.

I'm still fucking filthy as I'm writing this though.  I mean, seriously, what is it with people taking what they haven't earnt .

And I can't get what I need for another 3 days.

Belle and I are working amazingly.

I tried the spray bottle today and apart from being a little curious, I was spraying her legs, mane, tail and tummy and she stood there like a rockstar.  No halter, no lead.

I'm so freaking proud of her!

Later on that afternoon though all of a sudden the Energy got large.  There's no other way for me to describe it.  It just got big.

So I stopped being around Belle.

We had been doing so well and I recognised the change.  Not why it changed, just that it did.  So the last 24 hours I have just gone in and fed and got out.  No playing.  I was talking with some of my friends about it and throwing ideas around, but it just came down to this, We've all been here.  Done really well and forced new things, and it doesn't work.  You learn to just stop and celebrate.  Slow it down, stop if necessary.  Things will fall into place again.

And on a similar but different, topic...

Caps is looking fantastic but because he has so much grass, is quite high in his Energy.  He also wants to play with me which because of the grass, is not possible.  So I've gone back to the place that we last felt safe.  Going into his paddock and brushing him, and just chatting and hanging out.

The rest of the time I'm lazing with Spirit and sunbathing.

It's an intense mix of batshite crazy, whimisical, day dreamy and fucking cool.

Finally got some video's up on Instagram today, Saturday 28th December.

I am so super stoked with Belle.  I love being with her and as you can see, she is awesomeness to me too.

No halter, no lead.

Well, the Energy is like riding a tornado at the moment, babe.

It's hard and strong, intense with full on twists and turns.  I think I'm going one way and then Boom! I've got a curve ball.  Or balls.  Because they just keep on coming.   There is enough success for me to be ok but hell, I'm just waiting for the dust to settle to see what's left.  Parts of my days are, I've got this covered and others are like, Nah uh...

So that's been our week:  There's been some stunning success and some not so much.  I'm just waiting for this Energy to pass, without trying to manipulate it or force it to go in a particular direction.  I'm curious though.

However, what will be left is what I will happily have, and work with.

Wishing you much love my friends and of course, my humans.

* So the young one and I have just spent the last 45 minutes weighing that bloody wormer.

Mostly because the young one didn't trust my measurements.  So not only did he weigh it, but also scooped it not just once, not just twice, but three (3) times.  At the very worst I was out 6 grams.  Someone was definitely doing the five fingered mamba.  The funny thing is they almost got away with it.

Everyone at home is on it now, too.

** And I've just changed one bit of Mares feed.  Well, I got to what I was feeding by adding and subtracting, and somehow ended up with this one thing.  But three times recently someone has asked why I'm feeding it.

Today was the fourth time.

I explained, then I was Tut tutted then tut tutted again.