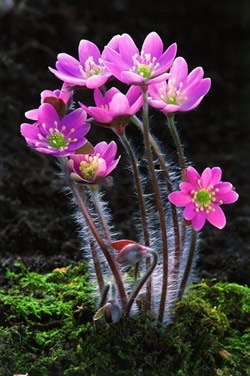 So Chew's got a new party trick.

If you can call him, before him and his crew (Ralph and Suz) get to the end of the drive way, then he does a little buck, then a u-turn and comes home (complete with crew) and then hangs out round the house as if he had never left.

The trick is to call him before he hits the end of the drive, otherwise all bets are off.

You know though, I have to hand it to Chew, he's a fair horse.

And I have got to video Elvis.  He also goes down the drive but comes home immediately when called, literally jumping for joy.

I must have been very, very good in a past life.

And Mares and Belle came up to the stables today, to go in the crush to get actual date for baby Daddy.

It's all go for Sunday.

Both Mares and Belle were fantastic though.  I literally cannot get my head around Belle, she is just so damn cute.

And her horse/human door is open.

Mares is winking and dripping today.

Finally got to the races again!!

Had a great time, lots of horses, lots of fun and all is right with my world again.

Bugger! I've got up this morning and realized I'm putting on weight again.

Totally my own fault.  I stopped using Kelp because...I felt really good and was in balance.

So, instead of keeping on it and just playing with doseages like I should have, I went off it completely, slid back into eating salt and started using one of my other herbs - just because I wanted to try it.

And here we are.

Back to Kelp.  And off my other herb.

However, as much as this is super annoying, again I've learnt more.  I've fine tuned again, I understand clearer how both Kelp and my herb works.

That's nothing to sneeze at, and I should within a week or two have dropped the weight again.

And I got to go to Trials as well.  Never rains but it pours, eh?

And Boom! we did our baby Daddy stuff today.

Mares is in super condition, Belle is adorable (I just had to throw that in), Kara the Vet was super happy and we expect an immediate pregnancy.  I think possibly twins again.

I'm also going for a black colt.  Although to be fair, I am still trying to live down that Belle is a girl.  Comments ranged from, Tania, you only had two choices! to Nana (who still calls Belle he), Well, it's not my fault I keep calling her a he.  For 11 months that what you said...

Don't get caught in the small details, peeps.

Belle is happy and healthy, has great conformation, an awesome personality and her horse/human door is open.

I am absolutely, 100% not allowed to say that she can.

Anyway, it's such a magickal time, I feel really blessed to work with Spirit in this way that I do.

I then came home and sunbaked on the deck like a lizard, with the little ones hanging round.

Oh...and I have never had a craving like I do these days for Filberts.  That's hazelnuts, if you have a memory like a sieve.  I don't know what's going on but to be honest, there's worse cravings to be having.  So my new thing is roasting Filberts (4x 70 gram packets - take skin off after roasting by rubbing them in a tea towel) and then adding melted dark ghana chocolate (250 grams) and a little sea salt.  Mixing together, line a flat oven type tray with baking paper, put nut/chocolate mix in, put in fridge (or freezer if you are impatient) leave to set and eating this instead of chocolate.

It's working amazingly well so far.

Actually, it's cutting my appetite down.

I know, I know, that's not possible.

Well, that may be true in theory but in practical terms, it's cutting my appetite down.  But, in having said that, you and I both know that just because you eat less, doesn't automatically mean that you are losing weight.

But now I'm writing this, I remember when I stopped smoking and was putting on 2 kg's per week.  I was completely freaking out.  Well, I got sent to this well-known Hormone Specialist.  A lovely young lass she was.  I sat there for an hour while she asked questions and did her thing, and right at the end she said, Eat less, exercise more and go on Anti-depressants.

And that advice saved my life.

I never saw a Doctor again.

I believe Mares has taken.

She ate every single thing in her feed bowls apart from one herb.  And gave me a growl as if I was too stupid to know that this herb wasn't ok.

Yes, we did know, but we were flushing out what we didn't want.

Apparently, according to Mares, this is not how it works and try not to be super stupid again.  Otherwise I can just bugger off and she'll do this pregnancy by herself.  She knows what she's doing now.

It works great.  I doubt whether I will make it for other people though, because I don't use set measurements, instead I work with the daily rhythms of magic. That works great for me, but not so much commerically when people want definite measurements, ingredients and sizes.

However, I made it for me, because we as New Zealand women, have some of the highest rates of breast cancer in the world.  Everyone knows someone and the only way we can be getting it, is putting crap into our armpits, (Axilla). Because blood and lymph vessels serving the arm travel through the armpit. There are also more than 20 lymph nodes (small lumps of tissue that are part of the body's lymphatic system, which helps fight infection) in the armpit.  So if just one ingredient in your commerical deodorant is a carcinogenic (causes cancer) or co-joins with something else in your body, starting a chemical chain reaction which then becomes carcinogenic, then literally you are flooding your system with toxic poisions that will make you sick.

Anyway, enough of the science, I'm happy with it.

So, that's been our week:  Lots of Spirit, heaps of fun, mucho talking with Mares and a few growls.

Caps, me, Spirit, Az, Ralph, Chew, Suz, Fenny, Flash, Gino, Elvis (OMFG he's likes cuddles on hooves), and of course, Mares and Belle and little Boo (Oh c'mon, it's the week of Halloween, what other name would I use?)

* So I've just given up with Mares now.

It's quite obvious she understands me and knows the herbs names, so I just physically speak to her about them before each meal.  I check the feed bins, look at her, see her Energy and then chat about what herbs I want to use or why I am not using others.  She growls, talks and/or flaps her ears round as we converse.  Surprisingly, she never uses her tail like Caps at home.  He uses his tail like an old Italian Mamma and manages to somehow communicate full stops and exclaimation marks.

But anyway, Mares voice when she speaks with me, has the same tone that I noticed when Belle arrived though.  The sound is lower and more gutteral, like the sound itself is a language.

I don't understand it anymore than that.

But we're getting it right.

** My goal this pregnancy is to take a step back, then into the Energy and look further than the outside of masculine/feminine, male/female and to see deeper into the soul of it.

*** And Flash and Gino and Fenny are going to stay with Aunty Aria.  Flash is being naughty to Caps with his horns and that's not ok, and Flash won't go anywhere without Gino.  I was going to keep Fenny home with us but once we talked about it, we remembered that Fenny loves Flash and Gino and was absolutely frantic the last time they were separated, so all three are going.

Some other little baby calves will need a home, and they will come to us instead.

**** Nana came and saw Belle today for the first time.  it's taken a while because of the weather, and then she was in hospital.

But anyway, both Belle and Mares came to us.  Belle was super friendly and had a pat and Mares was just awesome.  In fact, you would not have recognized Mares she was so snuggle like.  She was sniffing and snuzzling and generally being amazing.  She was also checking to see if Nana and I were DNA related.

But love also has a smell.

****** Now I love my Peppermint balm.  But wait, depends on who you ask and what day, my peeps would say the same.  Oh, I love peppermint! or Wait, I love the Sweet orange.  I'm pretty sure it directly relates to the time of your cycle, as to which one works the best.

And so much for not making my deodorant for other peeps.  As soon as people found out I was cooking, the texts started.  See you soon!  Hold one for me!

You're eating a cuddle.