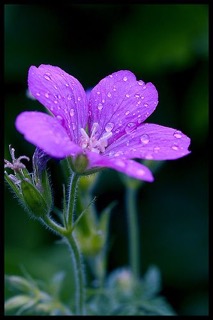 It always surprises me when another Birthday comes around with him.  As if I can't believe we are another year together.  Well, anyway, I'm super proud of him.  He literally changed my life and I am a better person directly because of him.

Talking of that though, remember how I took everyone's jackets off?  Well, then we got bad weather and I left the jackets off.  And Caps lost weight within days.  In fact, I was giving him more food (foolishly thinking it was only a 1 day bad weather thing) and keeping his jacket off.  He promptly started looking like a starving Ethiopian.  Leeshelle, one of my young friends who is awesome with horses, came round and when I said I thought he was losing weight she was like, Where's his jacket?  He's losing weight because he's cold.

Caps is jacketed as we speak.

Everyone else is juicy and not wearing jackets.

And on a, It sounded like a good idea at the time... Mares and Belle have been in the stable because of bad weather, so it was mentioned that maybe I should take Mares out on the grass for a munch.

Reality was...Mares was hormonal, I got Johnny to stand talking with me (thank fuck I had one good idea) while I took Mares out and technically Belle should have followed and stayed followed.

She followed us out the door, then promptly went in the opposite direction and went wandering down to the other horses, other stables and then refused to come back.  Johnny ended up taking Mares, I got Belle and we got everyone back in the correct stable without Mares losing her shite.

This is not a one person jobby.

On a positive note:  Mares is talking in a different language.  The depth is different, the sounds are different and her and Belle are literally talking.  Really interesting to watch.  Also, Mares was discipling Belle today, everytime Belle got out of line, Mares gave her a smack with her tail.

Belle is adorable though and I've started communicating with Touch/Play, but I am super aware at all times, that she is not to bite, kick or do any unsavoury behaviours.  I understand she will not stay this small and cute for long, and I cannot afford for her to get into bad habits.

She looks like she's got a personality and a half though.

This has been an insane few weeks, I'm going to bed tonight (finally able to turn off my phone) and I'm sleeping until I am sated.

I had just over 6 hours and thought it was enough.

There was radio silence from Spirit.

So I kept working.

Spirit let me go until just before lunchtime, and then literally shut everything down.

You know, there's no reasoning with Spirit when they say, You need to take a break, and we mean now.

I'm feeling pretty damn good today - not Go out and save the world but I'm walking in balance with the Universe.  I'm re-aligning.

I'm also desperately re-remembering and re-reading Do's and Do Not's of being around foals, boundaries, eyes and body language.

I mean, I'm a true believer of Touch/play and it's so cool that my DNA remembers the language of this.  But I also need to re-acclimatise myself with physical boundaries.  And that's super fun, but surprisingly hard work.  Mainly because I have to use every sense that I have.

Perfect timing and none of my ego self of, Ooooohhhh that was good! Let me try that one more time...

The non-ego is the hard work bit.

But when I do want to go further, instead of stopping immediately and celebrating our success, I think of the people coming after me.  The girls and guys that will train Belle, they deserve me to have done the very best pre-work.  That she's not scared of humans.  That she comes when called.  She can lift her feet, have her tummy touched, her forehead, ears, under her chin, her belly.  And Belle has been bred to be an excellent race horse, but if for some reason she is not, then I want her to be a horse who can go on and be a person horse.  A horse who can go do shows, jumping, hunting or whatever and be awesome.

No matter what, I want Belle to be able to have a life after racing.

So everytime I am with Belle I think of this.  Not just me and the here and now, but the people to come.

It makes me keep my shite together, and every single moment with Belle, I am the very best person I am able to be.

So, that's been our week: Belle's awesome and I love Mares.  She is one super cool Mumma but not just that, she is a beautiful, beautiful horse.

And I thank Spirit every day that I get to use Touch/play.

* Belle is super cute.  We do lots of Touch/play, Mares just stands there.  I feel very blessed that Mares just lets me do my stuff.  That tells me that I'm doing good.

On another note though, if Belle annoys Mares, she just slaps her with her tail.

** Everything is conspiring for me not to get over to see my first choice Stallion in Australia.

Which is totally annoying on an ego basis.  You know that old wart hog, I want what I want however, now that I have gone, I asked for Spirit's help in picking a stallion... I now understand that they have given me an answer.  He may be a nice stallion, but he is not the right stallion for us.

Ok then.  Now I just have to find the right stallion. The one that Spirit do want.

On a positive note, this gives me 30 days to get Mares in perfect nick.

Go back to your belief system, these are the keys to your success.

*** I had two very bizarre conversations today.  Well, first off, I'm dealing with head men at the moment and as much as we'll have great relationships, when we first start on this journey there can often be difficulties with my ways.  Mostly because I have a bad habit of starting a conversation off in the middle.  So it can take the other person a minute before they realize what I am banging on about.  The good guys catch up pretty quick though.

I'm talking away and the next minute Mr * goes...I am NOT having this conversation with you.  Silence.  But I know what you're talking about.

We'll end up having a great relationship.

The second conversation was more not quite to my liking.

One of my closest friends said, I have known him 30 years, you have got to get yourself organised and get a relationship going with him.  He's excellent at what he does.

I now act towards him as if we already have a healthy and positive relationship, and just hope like fuck the reality eventually matches up.

Still one of my most favourite things in the world to do.  And the guys are so great to deal with, it's always a fun time.

I think I've got Mares new baby Daddy, he's almost 100% what I'm looking for.  I'm so pleased I stood by what I believe though, it just proved to me again today, that's the only way for me to work.

And I am happy that I did not go for Foal Heat (That's when you inseminate within days of giving birth) because Mares is not eating any of her vitamins and minerals.  She's picking around them and just eating her herbs.  This tells me that her tummy's not quite back in balance.

Gave Mares new herbs today to wash out her tummy.

Belles Touch/play is working awesome even in the paddock.  Actually, I particularly like working in the paddock because it's always about free choice.  Did do a video of it but got the position wrong and only videoed the top of Belle's ears.